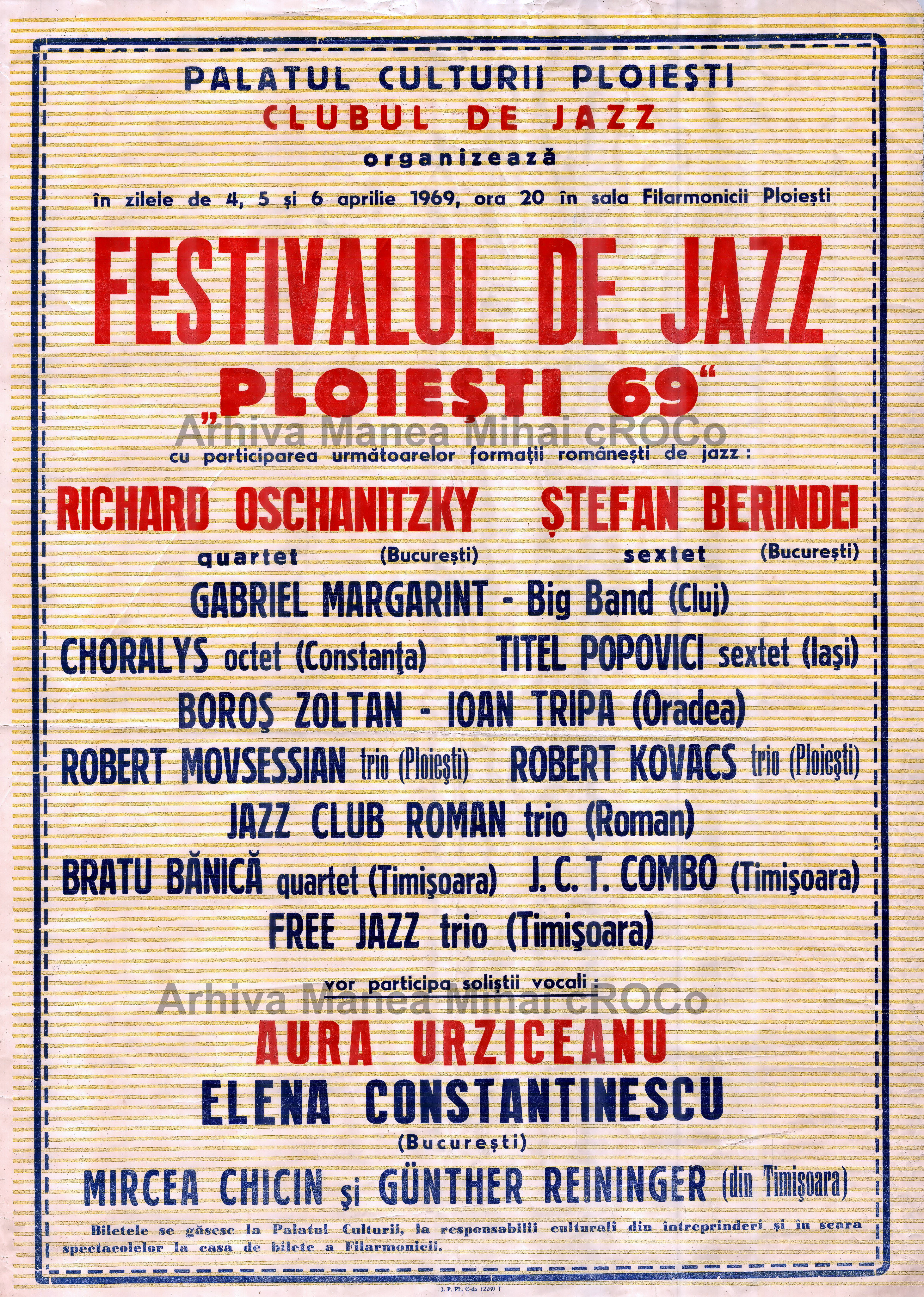 The concert poster giving details of the concerts that were to be held as part of the first Jazz Festival in communist Romania is one of the earliest in the Mihai Manea collection. It is almost half a century old; it dates from 1969 and is preserved in very good condition. The poster provides concert information for the days of 4, 5, and 6 April 1969, when a series of jazz performances took place in the Philharmonic Hall in Ploieşti. Among the participants were a number of prestigious groups and artists in the genre from various places in Romania, who gathered for an exceptional show at a jazz festival that was very well-known and appreciated in communist Romania. Among them were the Richard Oschanitzki quartet and the Ștefan Berindei sextet, both from Bucharest, Jazz Club from Roman, Big Band from Cluj-Napoca (at the time simply named Cluj), the Choralys octet from Constanţa, the Robert Kovacs trio and the Robert Movsessian trio, both from Ploiești, the Free Jazz trio from Timișoara, and the soloists Elena Constantinescu and Aura Urziceanu. The concert poster is printed on thick paper and has a white background on which horizontal yellow lines are discretely traced. The text is placed within a well marked frame and is in the two colours that are most common in the Mihai Manea collection: red and blue. The quality of the poster, even if it is not extraordinary, contrasts with that of those from later years, which were printed on paper of worse and worse quality and became less and less elaborate from an aesthetic point of view.