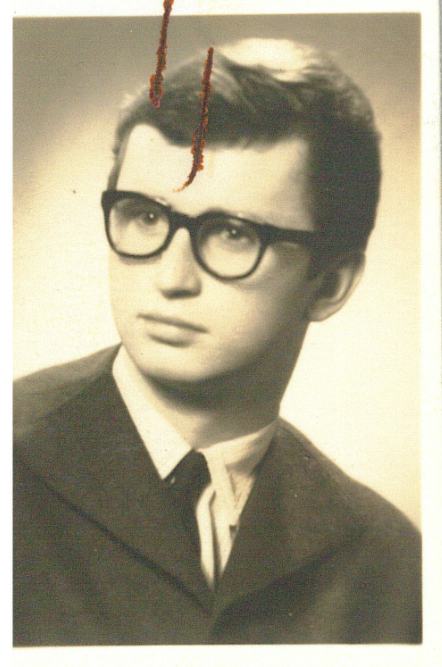 Jan Eliáš was born in Olomouc on September 10th, 1944. A year after graduation at the Slovasnke náměstí in Brno (at that time named the Secondary General Education School), he started to study archiving at the Faculty of Arts at the University of Jan Evangelista Purkyně in Brno (nowadays Masaryk University). The final years of his studies (1963-1969) took place in the turbulent period of the Prague Spring. Jan Eliáš was both among one the founders of the Independent FF UJEP Students' Association, and the leading members of the FF UJEP, in 1968. After the defeat of the process of revival in Czechoslovakia, in 1970, the society was dissolved and Jan Eliáš was left to the marginal sphere of historical research. He became an employee of the “Stavoprojekt“. At this time there was targeted activity against the rest of the background from the activities of the association, which Jan Eliáš gathered, organised and wrote down and catalogued. The work on the creation of the collection ended in 1971, which is the date of the handwritten catalogue. He kept his gathered and scattered collection in his possession until the early 1990s, when he agreed to store them in the Masaryk University Archives, which took place in 1993. The period after 1989 meant a great career advancement for Jan Eliáš as he became the director of the state archives in Brno. The Brno state archives has the largest collection in the Czech Republic, and owing to Jan Eliáš, it was changed to its original name, the Moravian Land Archive, despite various disagreements and financial sanctions made by the Prague forces, and in dealing with the local police forces who were running it. As Jan Eliáš failed to defend his uncompromising attitude towards the security authorities of the post-totalitarian state, the Czech archival services remained under the Ministry of the Interior, and he gave up his position in the institution. In 1994 he began working as a self-employed person as a historical researcher, focusing on buildings.