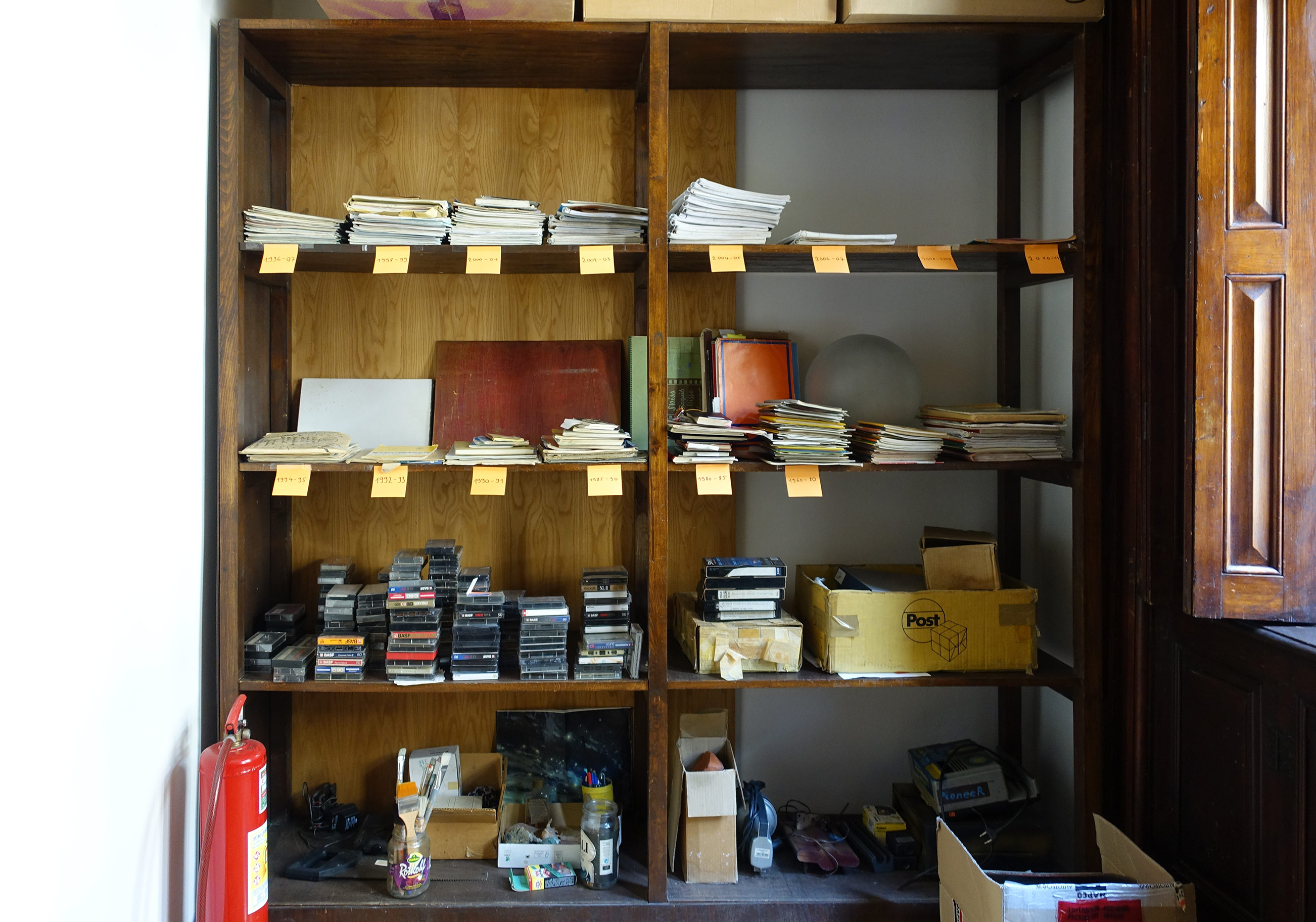 The János Baksa Soós Special Collection administers the acoustic, written and visual documents of János Baksa Soós’ oeuvre. Throughout his career (which began in Budapest and consummated in Berlin), Baksa Soós turned attitude into an artistic medium and acted in the spirit of conviviality. The goal of the collection, which is held in the Tamás Cseh Archive, is to present the works of the artist, who was active in several genres, in the context of the era and the effects of his attitude on his milieu.