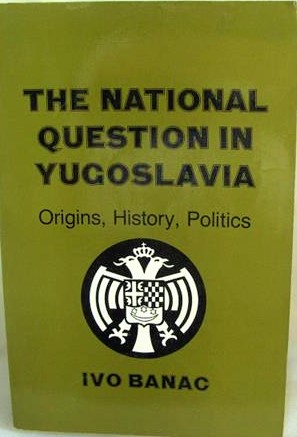 Doctor Ivo Banac is one of the most recognized and world-famous Croatian historians. His work is also recognized by his status of professor emeritus at Yale University. His book The National Question in Yugoslavia. Origins, History, Politics, first published in 1984 in English and later in Croatian, is one of the best books dealing with the national origins and issues in Yugoslavia. In Tito's Yugoslavia, this problem was swept under the rug, but eventually, due to other reasons as well, it gave way to Slobodan Milošević attacking Croatia, resulting in the war in Croatia and Bosnia and Herzegovina.

Today, it is a cult book and describes the creation of Yugoslavia, explains the roots of the national problem in Yugoslavia and associated political implications. Until 1991, there was a ban on publishing the book in Yugoslavia. The importance of the book lies primarily in the scientific approach by Dr Banac and his abilities to emotionally distance himself from the issues, separating him from the numerous Croatian authors abroad. What makes this book significant is also its availability in English-speaking countries, making it accessible to foreigners and all those interested in issues associated with socialist Yugoslavia.