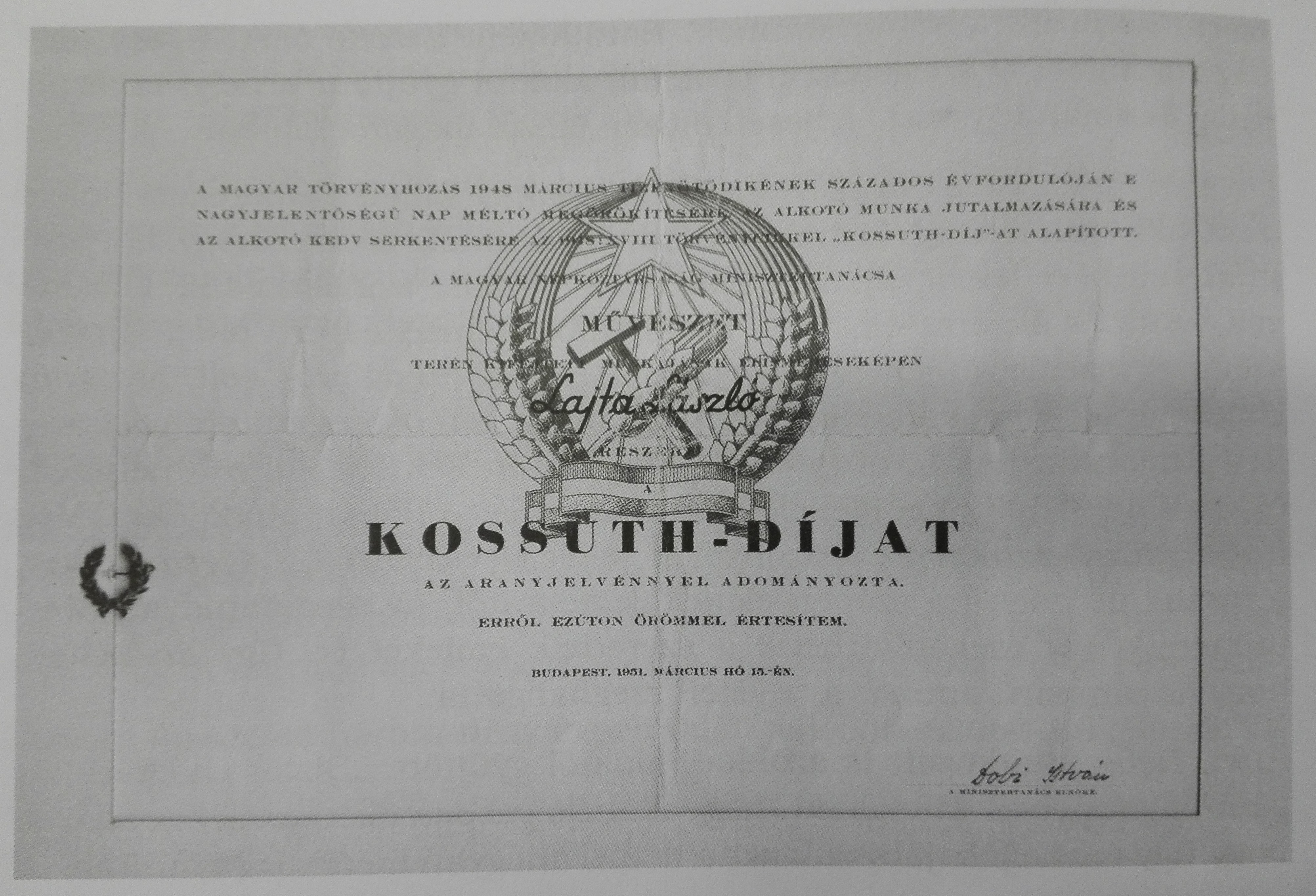 László Lajtha received the national Kossuth Prize for his work as an ethnographer and folk music collector. This gesture did little to offset the fact that in 1948, upon his return from London, the Hungarian government denied him a passport, thereby forcibly keeping him in Hungary where he was blacklisted. He refused any connection with the Communist Party, and had to sell his belongings to make ends meet. Lajtha was a world-famous composer, and without a doubt, it was extraordinary that he was prohibited from traveling. The Kossuth Prize was a symbolic gesture, one that permitted him to travel within the country collecting folk music and songs without allowing him to leave.

Lajtha attended the ceremony but donated the prize money as a protest against the political regime. (The Kossuth Prize, a state-sponsored award in Hungary, was established in 1948 to mark the centenary of the Hungarian Revolution of 1848. In 1948, and during the socialist era, the award was given to those with prominent achievement in the fields of science, culture and the arts, as well as in building of socialism.)