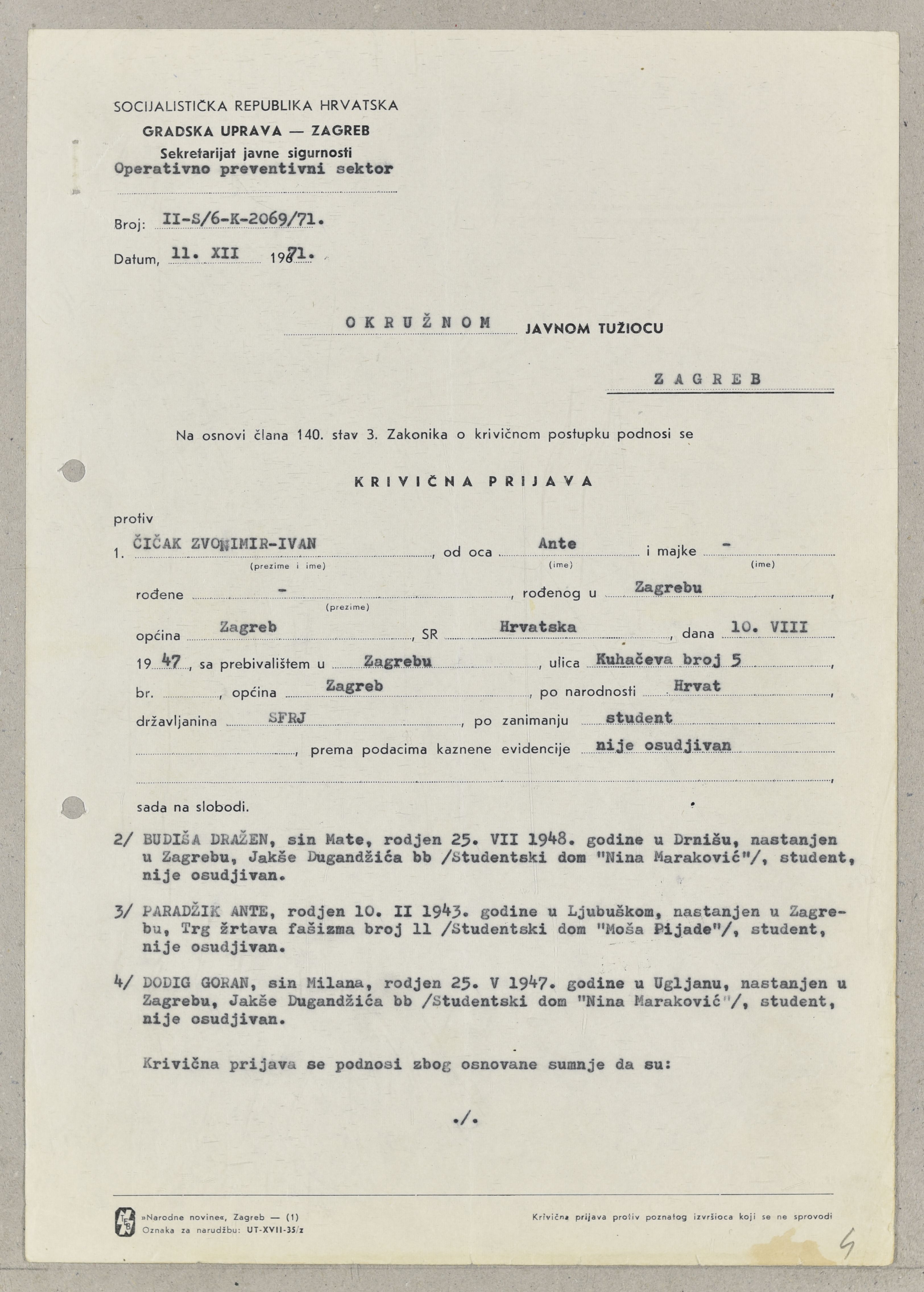 On 11 December 1971, the Public Security Secretariat in Zagreb filed criminal charges with the District Public Prosecutor in Zagreb against student leaders Ivan Zvonimir Čičak, Dražen Budiša, Ante Paradžik and Goran Dodig on grounds of enemy propaganda and “criminal offences against the people and state by a counter-revolutionary attack on the state and social order.ˮ They were charged, inter alia, for incitement by “speeches and textsˮ calling for “violent and unconstitutional changes to the state and social order,ˮ “disrupting the fraternity and unity of Yugoslav nationalities,ˮ as well as “undermining the economic basis of socialist development.ˮ All four were convicted: Dražen Budiša to four years in prison, Ivan Zvonimir Čičak and Ante Paradžik to three, and Goran Dodig to one. Their prosecution is an example of the repression at the end of 1971 and in 1972 against members of the student movement, and participants in the Croatian national movement and the Croatian Spring in general. It resulted in several hundred convictions for political offences and the purge of several thousand members of the League of Communists of Croatia (Croatian Encyclopaedia online. “Hrvatsko proljećeˮ. Accessed on 30 May 2018). This collection includes over 1,000 pages pertaining to such indictments and criminal indictments.