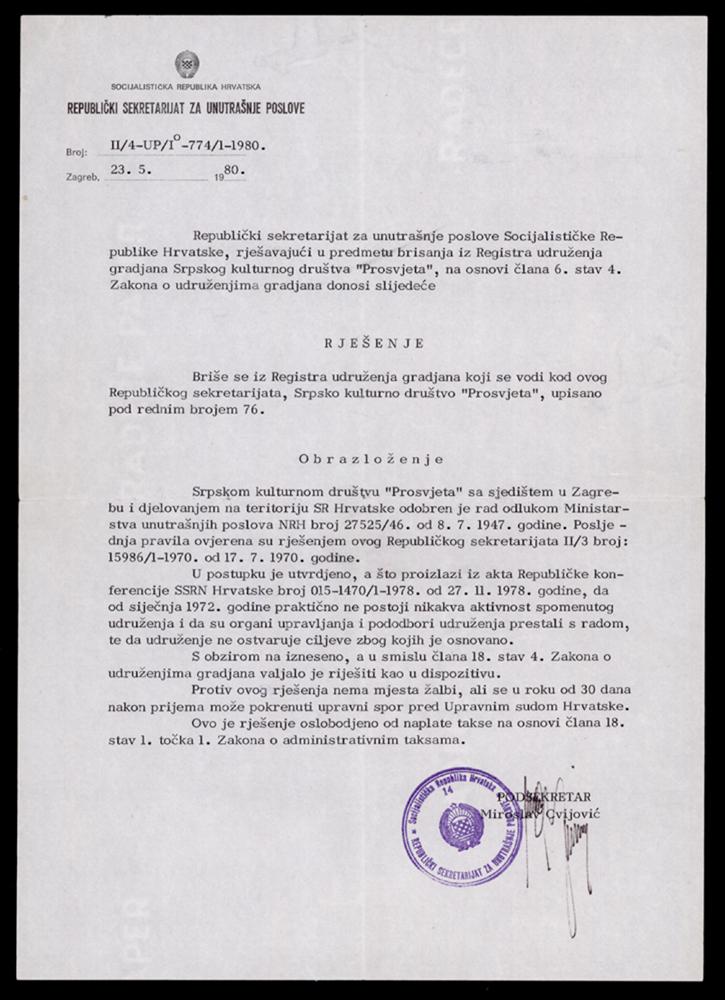 A short decision of Socialist Republic of Croatia's Secretariat of the Interior on deleting SCA Prosvjeta from the Register of associations of citizens on the grounds that since January 1972 there was no activity of the Association and that it "does not achieve the objectives for which it was established." It also said that there was "no appeal” against the decision but an administrative dispute before the Administrative Court could have been initiated. Along the decision secretary of SCA Prosvjeta, Svetozar Zec has written a note stating that SCA Prosvjeta was banned in December 1972, that formal decision on the ban hasn’t been issued, but the attitude of the leadership of the socio-political organizations of SRC fully prevented any public operation of the Association.