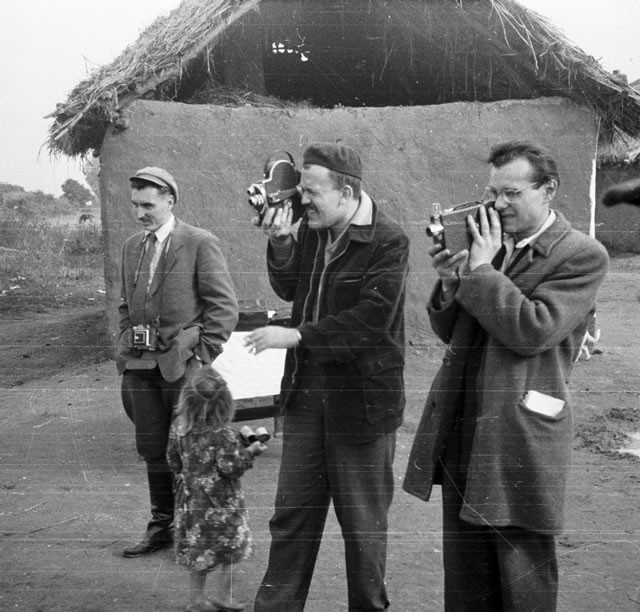 László Maácz was born in 1929 in Endrőd (Hungary) and died in 2014 in Budapest. He pursued studies at Eötvös Lorand University in Budapest and graduated with a degree in museology in 1953. In 1952, he began working at the Museum of Ethnography.

In 1953, he also began working as an ethnographer at the Hungarian State Folk Ensemble, and he later became an associate of the Ministry of Culture. He became the editor of the periodical Táncművészet (The Art of Dance) in 1976. His papers and works were published in the journals Ethnographia (Ethnography), Táncművészeti Értesítő (Dance Art Review), Táncművészet (Dance Art), Muzsika (Music), and Tánctudományi Tanulmányok (Dance Studies).

His research areas included folk dance, folk music, and the history of folk dance, and he also wrote critical reviews.

He started to make films on folk dance with György Martin in 1952. He collected folk dances in Vésztő, Bélmegyer, Ecsegfalva, Hunyán, and Szeghalom, and he began collecting Roma dances in Szarvas, Sarkad, Békéscsaba.