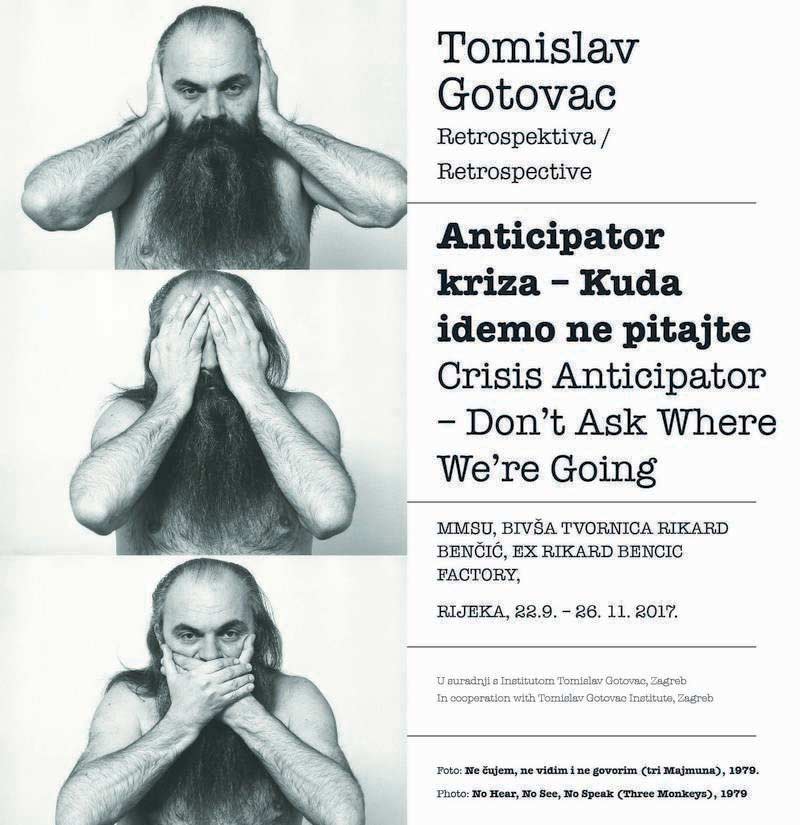 The largest retrospective exhibition of Tomislav Gotovac was held in the Museum of Modern and Contemporary Art in Rijeka from September 22 to November 26, 2017, entitled “Tomislav Gotovac: Crisis Anticipator – Don't Ask Where We're Going.” The occasion for the exhibition was the relocation of the Museum to a new larger area in the heart of the city. About 100 of Gotovac's works were presented at the exhibition, which makes the exhibition the larger ever dedicated to this conceptual artist, director and performer, and the works from the ad hoc Homage to Josip Broz Tito Collection were also on display.