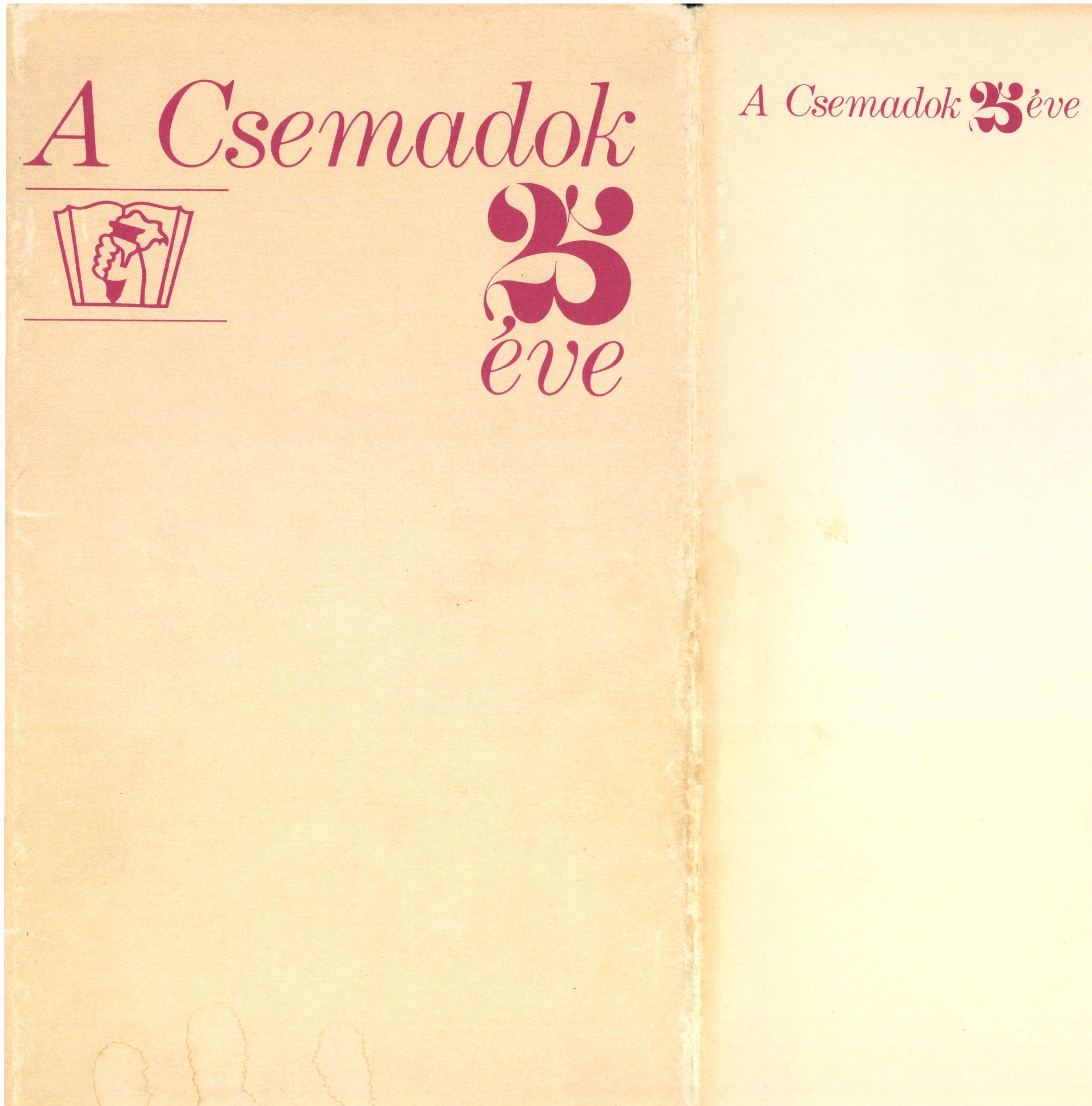 The memory book (25 years of Csemadok: 1949-1974) was released for CSEMADOK’s 25th anniversary. It was released in 1974 and its author was János Varga, CSEMADOK’s secretary. The book’s main purpose was to show CSEMADOK’s various activities, show its goals and also say thank you to all the volunteers who helped the organisation work properly.