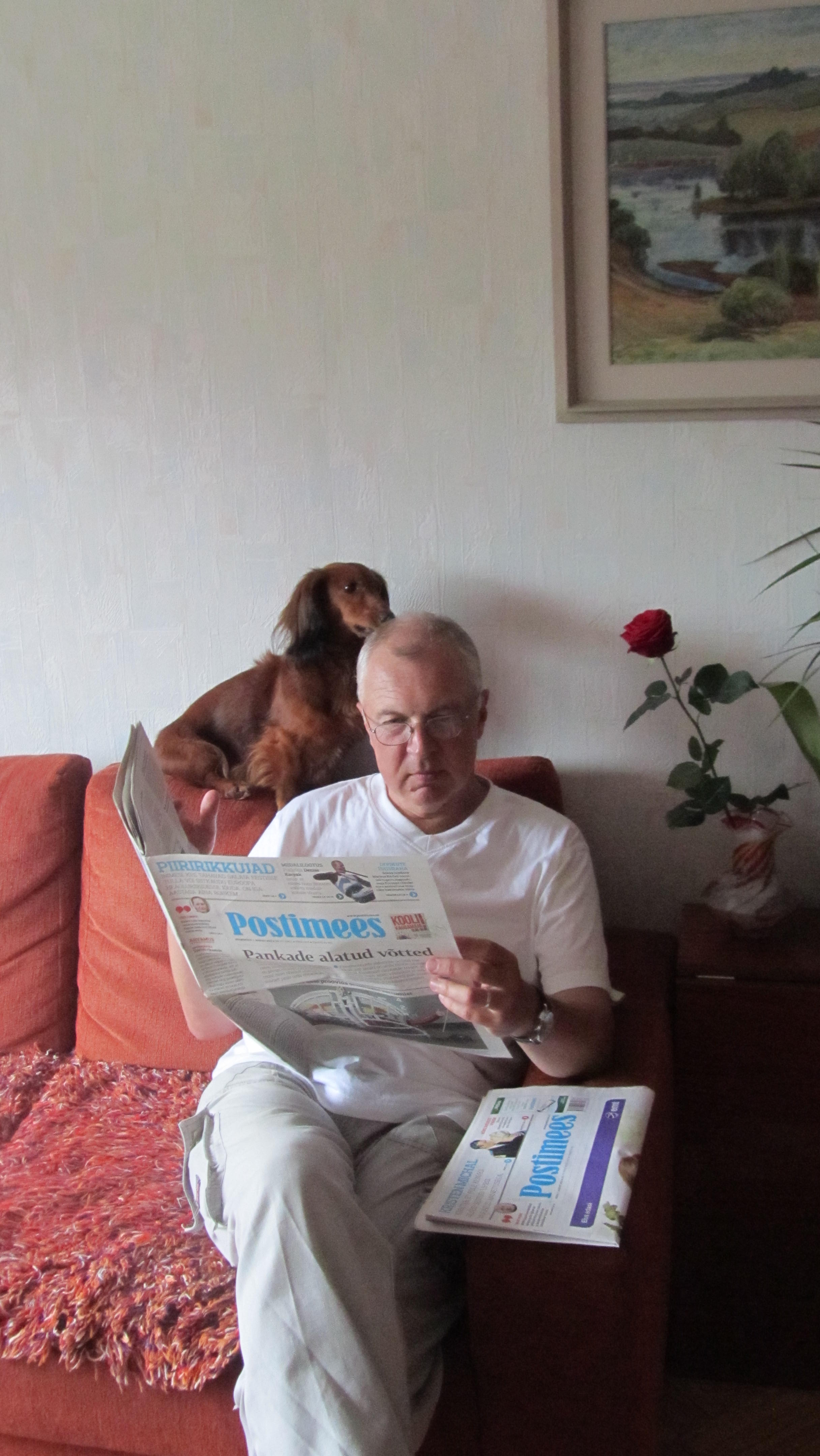 Indrek Hirv is an Estonian poet. He completed his studies in ceramics at the State Art Institute of the Estonian SSR (today the Estonian Academy of Art) in 1981. He was most active in porcelain painting. He published his first poetry collection in 1987. In 1989-1991, he worked for Radio Free Europe in the Netherlands. Today he is a freelance poet.

Hirv’s parents were the artists Helgi Hirv and Louis Pavel. The family’s neighbours and friends were also artists. After the deaths of his parents, Hirv inherited their collection of paintings and books.

In 1978, he worked as an assistant in the Art Department of the University of Tartu. There he came into contact with people who compiled the samizdat almanac Salong (The Salon), and he was invited to illustrate it. After a year in Tartu, he moved back to Tallinn, and lived in the home of the artist Valdur Ohakas, who, like many artists in his parents’ circle, had been in a Soviet prison camp. Although Ohakas was later recognised as an artist, strictly forbidden subjects were discussed openly and freely in his home.

Hirv grew up in a milieu of extreme criticism towards the Soviet regime, which also meant that he was never a member of the Young Pioneers or the Komsomol. He chose to study ceramics because he also did not want to make Soviet art. Ceramics enabled him to explore abstraction. He also often painted plates in blue, black and white, the colours of the then forbidden Estonian flag; he could use these colours without restriction when painting plates. In the 1980s, he also often worked in Leningrad, where he was in contact with underground artists.

In 1984, Hirv and some of his colleagues openly expressed their misgivings to a KGB informant. After this incident, Hirv was interrogated by the KGB, his work was not accepted any more for exhibitions, his poems were not published, and his name could not be mentioned in newspapers. This situation lasted for over a year. Even before 1984, he was in contact with the underground writer Johnny B. Isotamm, who supplied him with forbidden literature, and also gave him advice on how to act under interrogation.

In 1989, Hirv flew to the Netherlands, and with the help of Toomas Hendrik Ilves, he found a job with Radio Free Europe. He has been back in Estonia since 1991. He lives and works in Tartu.