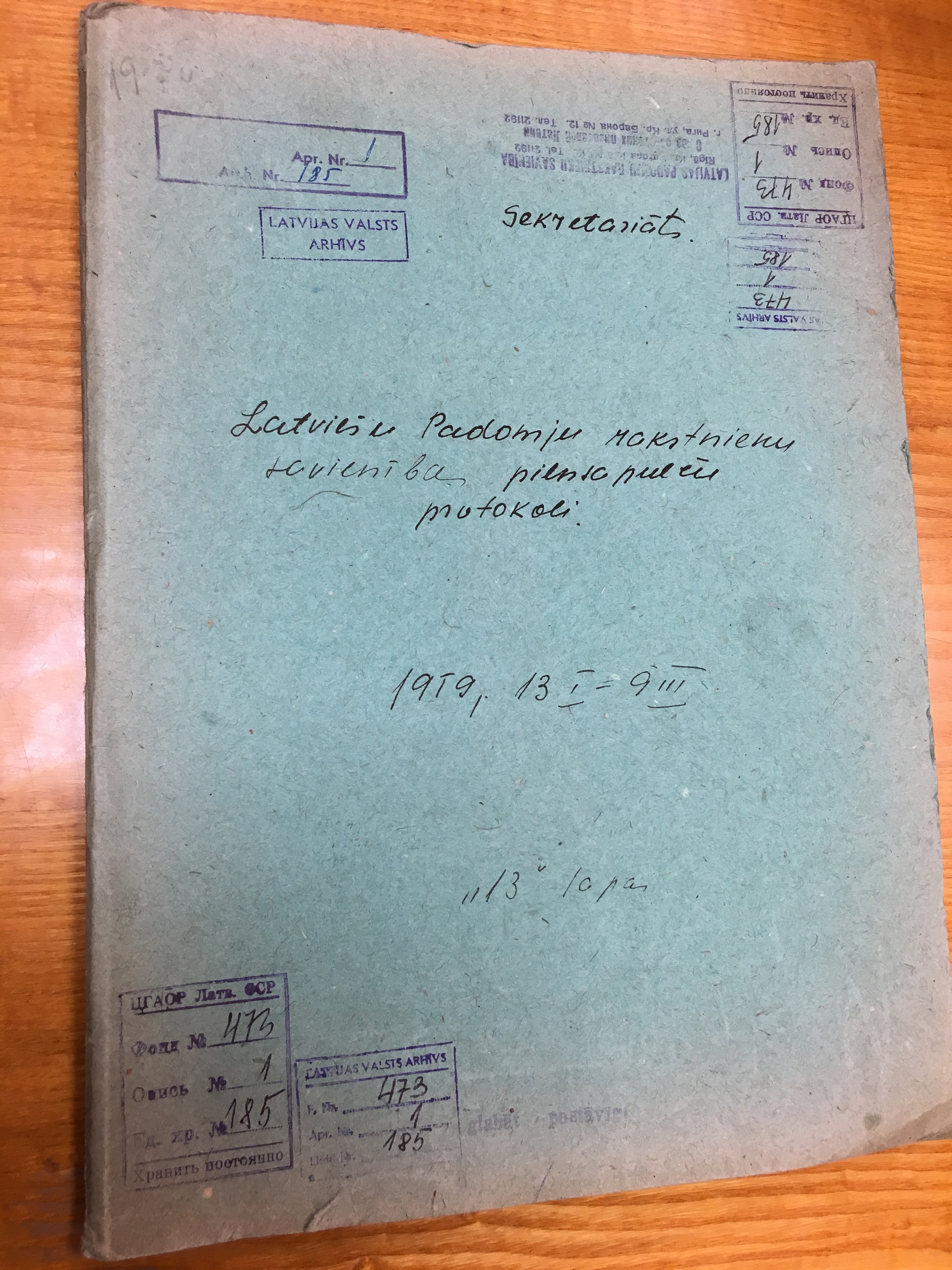 The Union of Writers of Soviet Latvia was an important cultural organization, which was created in 1940 as a subsidiary of the Writers' Union of the Soviet Union, and whose task was to control the literary world and keep it within the confines of Socialist Realism. From the beginning of the 1960s, with the coming of a new generation of writers, the Union’s defense of the national culture and gaining more creative freedom became central issues. These tasks were implemented by combining open demands with accommodating the system and exploiting its weak spots. The collection reflects the political and creative struggle with the authorities and within the Union.