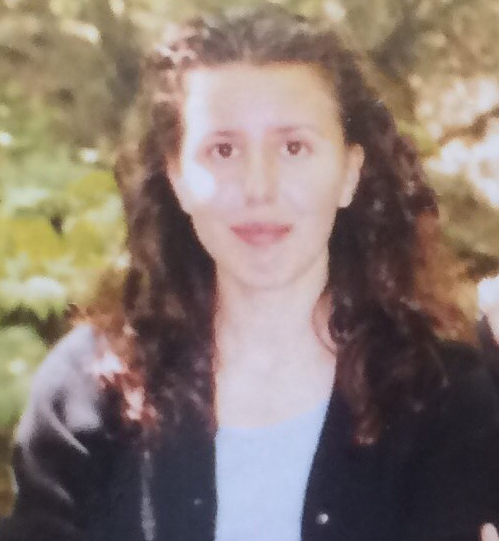 Vildane Dinç (Alieva) was born in 1978 in Ardino town, Kardzhali province, Bulgaria. In July 1989, at the age of 11 she moved with her family from Bulgaria to Turkey. Vildane obtained her secondary education in Turkey. Vildane narrates: “In socialist Bulgaria, my family lived like ordinary people, they were not politically active, but at the same time my family did not accept voluntarily the forced Bulgarization process during the 1980s. I remember how our Turkish names were changed to Bulgarian. The implementation of namecide (commonly known as “forcibly name change”) happened in December 1984. After the implementation of namecide my family members did not use Bulgarian names when communicating within family circles. However, they used Bulgarian names when dealing with officials.

My family was not politically active. We do not have any official documents stating the reason for our expulsion from Bulgaria. My family thought that we were expelled from Bulgaria especially because of my grandfather’s behavior. In socialist Bulgaria, my grandfather was speaking in public how ‘he doesn’t want to live in Bulgaria because of repressions and how he wants to go to Turkey.' I think this behavior of my grandfather was not deeply political but more motivated by everyday concerns. Of course, on the other hand, all daily endavours at this particular time have had political connotations and contexts.

My family was expelled from the country during ethnic cleansing of the summer of 1989, which the discourse of the Communist Party called “Revival Process” and “Big Excursion.” However, on 11 January 2012, the Bulgarian Parliament referred to this process as ethnic cleansing. I remember my grandfather said 'I want my grandchildren to speak freely in Turkish in streets and schools'.

I was personally motivated to start the collection. My basic motives for a collection of this kind are the following. First of all, collections regarding Eastern European socialist regimes generally do not include experiences of minorities, especially the Turkish experience of socialism. This, in my belief, is a shortage in understanding our socialist past. To understand the recent socialist past more comprehensively, one needs to include further and different experiences. Secondly, such collections can perhaps contribute to an abolition of discriminative acts committed in the socialist era, which are still continuing, for example, some effects and the process of the namecide implementation.
I am not a member of any organization, I only hold a position of a lecturer at the Uludağ University, Faculty of Arts & Science, Department of Sociology.”

Dinç, Vildane (Alieva, Vildane) explains her attitudes toward "cultural opposition" in the following way: “Cultural opposition means opposition which depends on values conflicting with the dominant cultural values of the relevant social system. The cultural opposition can be conscious and unconscious. One could say that the main subject of cultural opposition is a person, a man or a woman, of the everyday life. Cultural dissidents deliberately or unintentionally oppose with their beings and behavior. For example: speaking in their mother language, in some cases just knowing and respecting their mother language without speaking has a symbolic meaning, or wearing particular clothes, using particular phrases, or just thinking and having emotions against the dominant social-political system etc.

The Bulgarian communist regime, like other East European socialist regimes, was implemented from the top. Socialist power was, at first, inclusive. However, the restrictive and repressive implementations of the regime were gradually increasing after the first period. In socialist Bulgaria, the opposition and dissidents came from different ideological backgrounds (for example liberalism, different understandings of socialism, etc.) and different ethnic and religious groups (for example Turks, Gypsies, Pomaks, Jews, etc.) My family was not directly and effectively part of the cultural opposition. However, they have not voluntarily accepted the repressions during the 1980s. I can say that my family was rather a victim of the repression of namecide and ethnic cleansing, than a part of the direct opposition.”