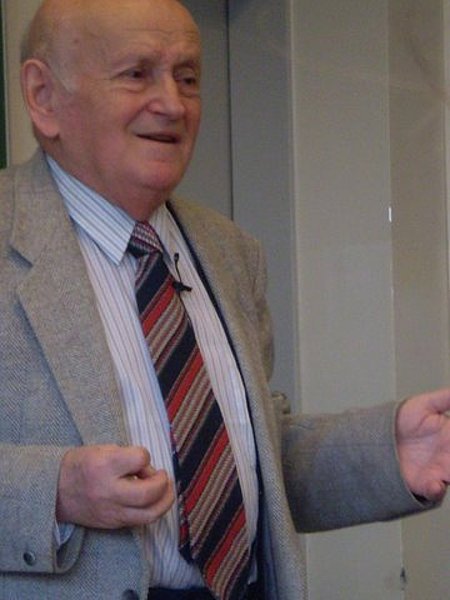 György Gadó was a well-known figure in the democratic opposition. He was a major distributor of samizdat publications. He went to public libraries and archives to offer them samizdat publications, and he took part in running the samizdat shop (or boutique, as it was called in the Hungarian scene) of Gábor Demszky and Róza Hodosán on Bajcsy-Zsilinszky Street. For some periods, he was a co-editor of the samizdat journal Hírmondó, edited by Demszky and Hodosán. He was a co-editor of Demokrata with Jenő Nagy and Tamás Mikes, and editor of Magyar Zsidó [The Hungarian Jew].

Gadó was born in a Jewish middle-class family. Both of his parents were deported in the Second World War, but they were among the few who survived. In the post-war era, members of the family joined the Hungarian Communist Party, and he was raised in this spirit. He started his career as a convinced communist and a more or less loyal cadre of the regime in the 1950s, and he remained a communist until the 1960s. Beginning in 1958, he worked at the archives of the party daily Népszabadság [Freedom of the People], from where he was fired for one of his articles in 1963. He took a position at the Central Statistic Office (KSH), which was kind of a depot for ideologically deviant social scientists and intellectuals. At both places, he had some degree of access to confidential papers of the Hungarian News Agency (MTI). At KSH's library he started to read the foreign press extensively. Furthermore, a friend living in Switzerland got him a subscription to the Neue Zurcher Zeitung (and also paid for it), so Gadó was well informed in foreign affairs. His views changed as a result, and he ceased to be socialist. He left the Worker's Union in 1965 and the Party in 1967.

1967 was a year of revelations for him: the Six-Day War demonstrated that Jews did not need to accept the role of the victim, but could act as self-confident agents fighting for liberty. For Gadó, helping nurture this sense of confidence and develop a dissident stance towards the Kádár regime were two sides of the same coin. He started to rediscover his Jewish heritage, and as a consequence he came to appreciate the historical role of the middle class in Hungary. He found that the regime's official cult of the proletariat prevented the middle-class from fulfilling its role in contemporary society, so he came to regard socialism as a dead end. In terms of foreign policy, the regime took a pro-Arab, anti-Israeli position, and it represented Israel as the aggressor, which further distanced Gadó from Kádárism.

He started to produce leaflets using a toy-press made for children in 1970/71. On the leaflets he printed slogans like "The press is lying about Israel!" He also wrote on walls with chalk, and he was arrested for this in 1973. The following year, he was imprisoned for 9 months. The political police never tried to turn him into an agent. Personal circumstances may have played a role in this: Gadó personally knew Sándor Geréb and Pál Hajdú, leaders of the III/III Department at the time, who had been members of the Hungarian Workers' Youth Association (MADISZ) after the Second World War, together with Gadó.

After he was released, he considered emigrating, but he was not given a passport. It was also difficult for him to get a permanent job: he made his living doing translations. In the early 1980s, he became involved in samizdat production via György Krassó. Once Krassó asked Gadó if he had a copy of Villon in the emigré poet György Faludy's translation, because he wanted to publish it in samizdat. Gadó lent him the book. Through Krassó, he met Demszky, János Kenedi, and János Kis, and he became involved in the activities of the democratic opposition. He published in several organs of the press, including Hírmondó and Beszélő, he produced independent samizdat brochures. In 1986, he allied with Jenő Nagy and Tamás Mikes to launch Demokrata. This organ was supposed to address the less educated strata of society, and it was also radical. They aimed to reach a wider audience than the other samizdat periodicals.

In 1987, Gadó started his own samizdat journal, Magyar Zsidó [The Hungarian Jew]. It was released in 800-1000 copies. Gábor Demszky provided a typewriter, and Attila János Ötvös printed the journal. Costs were covered by Gadó himself, and it was a more or less self-sustaining investment. In spring 1988, the third issue was confiscated by the police, but György Krassó, who was then already living in exile, mimeographed the copy he had, and sent it to Demszky from London. Demszky then reproduced it in Budapest in multiple copies.

He made his living as a translator and also as a distributor of samizdat materials. He was constantly under surveillance by the political police. After the change of regimes, he became the first legal Hungarian correspondent of Radio Free Europe.