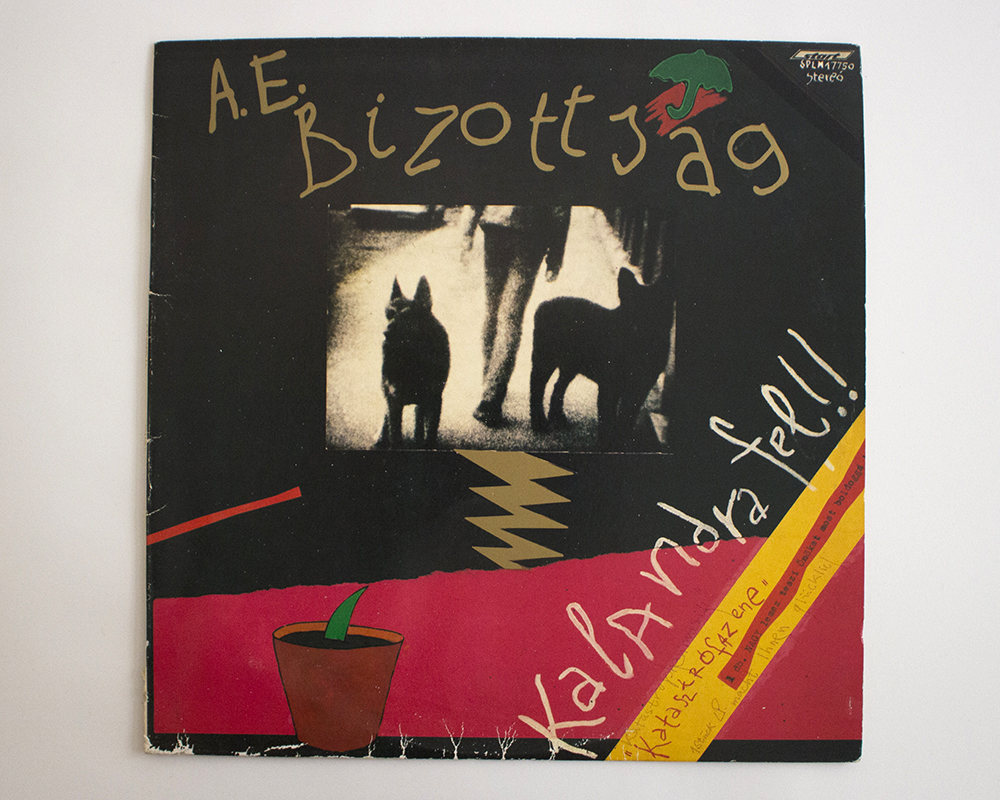 At the turn of the 1980s, bands appeared on the Hungarian music scene which did not heed the status quo of the so called “pop-business.” They represented a grassroots new wave, which meant a turn to elementary music sources and the development of a poetically elevated world of lyrics. They soon became popular among the urban youth, but at the same time they were strategically marginalized by the monopolized channels of exposure of the time.

In this climate, it came as something of a surprise that one of these bands, Bizottság (Comittee), was able to release an album in 1983. The story has become a familiar anecdote. Due to the issue of popularity, a radio reporter asked one of the decision makers at the state record company if they would release some music by the new wave bands. He routinely replied that they had already discussed the matter with Wahorn from Bizottság. This was not true, but Wahorn just happened to be listening to the radio, and he sought out the decision-maker to discuss the matter.

After awhile, they agreed to make a concert album under the condition that the band change its name (from Bizottság to A. E. Bizottság in reference to Albert Einstein). The album was popular, and it sold out within days. However, the numbers were manipulated. It was released in only 14,000 copies, so the officials could later argue that only a small number of copies had been sold, it had not been popular enough and represented merely a niche type of music (a “gold standard” for success at the time was 100,000 copies sold).

The album presents several of the characteristics that made Bizottság (Comittee) special: the surreal lyrics fit the times, since in many cases the words were not used in their usual meanings in public discourses (though the lyrics remain poetic even today); the funny, improvised dialogues between songs; the special sound (for example the distinctive breaks developed by their female drummer, the peculiar riffs played by the guitarist, the sharp sound of the organ made in GDR, etc.); the remarkable post-production work (it is worth noting that the song Bestia (Beast) was altered by the censors: the word “siege” is made inaudible with the use of sound effects).

Altogether, it was an impressive debut album, and despite the limited number of copies made (a year later, another 10,000 copies were released, and twelve years later it came out on cd as well), it is regularly included to this day on the lists of the most remarkable Hungarian records ever made.