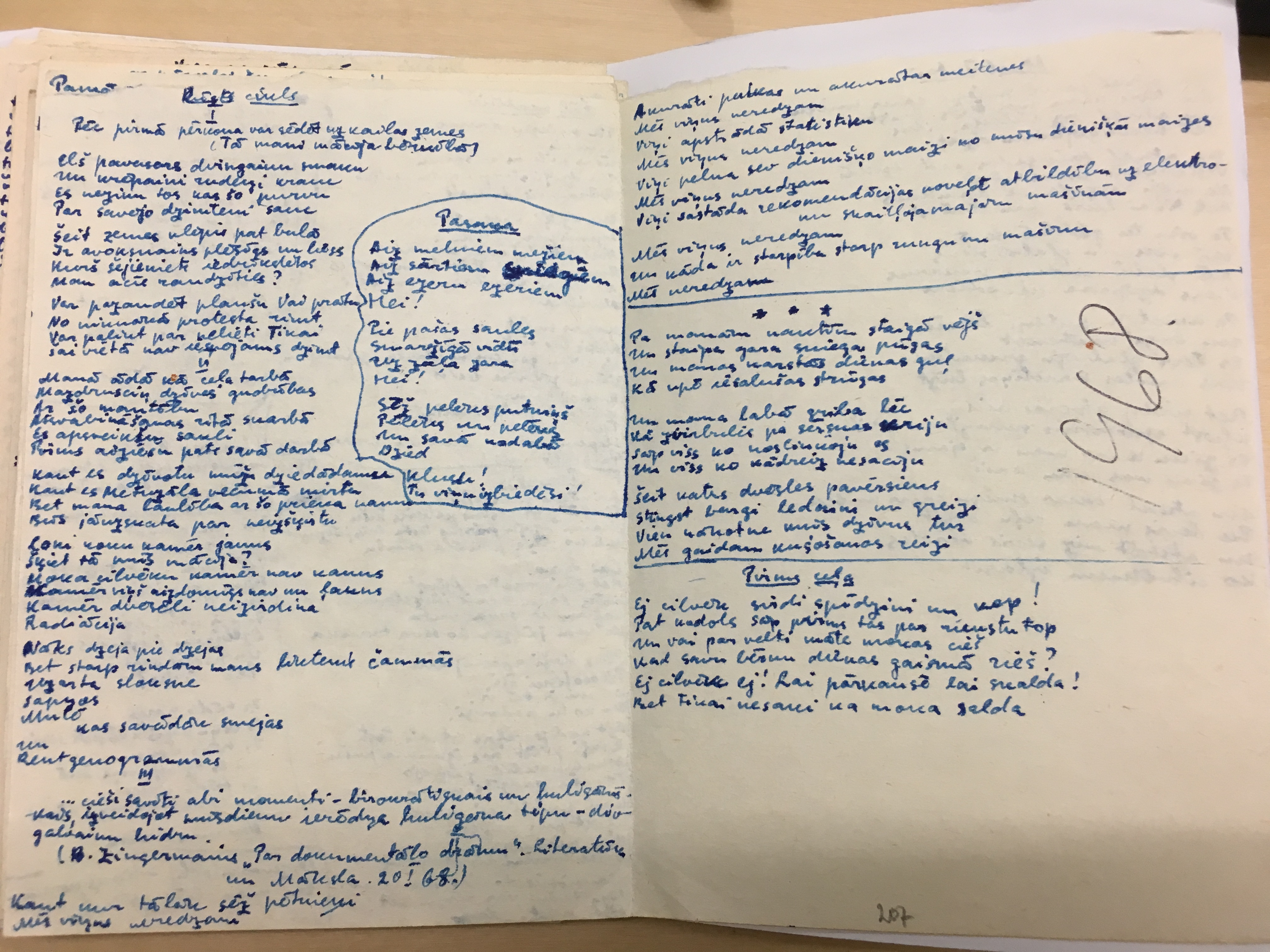 During his detention in Mordovia in 1963-1969, Knuts Skujenieks wrote several hundred poems. He was allowed to send two letters a month, and sent poems in letters to his wife which were read by his colleagues. After his release, he composed a collection of poetry, but it could not be published until 1990, and was only published in its entirety in his complete works in 2002. As Skujenieks said, this poetry ‘is not "gulag" poetry, but poetry written in the gulag [...] The initial shock and protest gradually turned into a fight in prison within myself' (Bitite Vinklers. Introduction. In: Seed in Snow. Poems by Knuts Skujenieks. Rochester, NY: BOA Editions, 2016, p. 9).