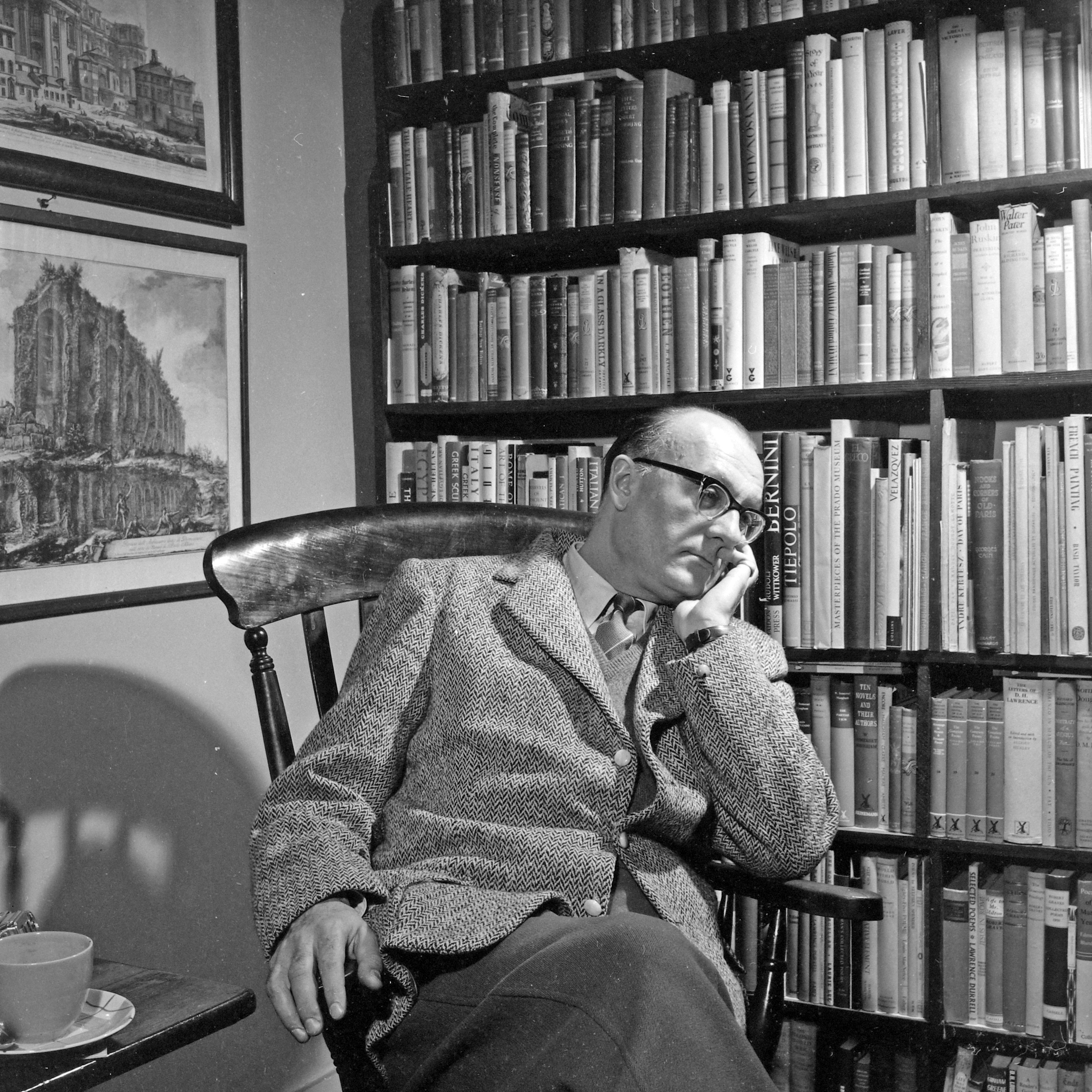 László, Cs. Szabó (1905–1984) was a Hungarian writer, translator, historian, and critic. In his name, the word ’Cs’ means “csekefalvi,” and his friends called him “Csé.” He grew up in Kolozsvár (Cluj) in Transylvania. In 1918, he moved to Budapest with his parents. He was enrolled at the University of Economic Sciences, and he also studied art history at the Academy of Fine Arts. In 1925–1926, Cs. Szabó studied the comparative history of literature at the Sorbonne in Paris. He wrote his dissertation on the history of economics by Pál Teleki, and in 1931 he got the sub auspiciis doctoral title in economics. As a member of the staff at the periodical Nyugat [West], he was known as a member of the essayist generation. Between 1932 and 1935, he served as the secretary to the president of the Commercial and Industrial Chambers. From 1935 to 1944, he led the Literature Department of the Hungarian Radio. After the German occupation of Hungary, he resigned and went into hiding in Balatonfüred and Buda. Between 1945 and 1948, he taught Hungarian literature and the history of education at the Academy of Fine Arts.

In 1948 Cs. Szabó got an Italian scholarship for a half year, but after six weeks he was ordered to come home. The anticommunist Cs. Szabó, who was engaged with civic and national values chose to remain abroad because of the rise of a dictatorship in his homeland. (He was also afraid of being punished for having had good personal relations with some former politicians of the Horthy era.) Until 1951, he lived in Rome and Florence. He faced hard circumstances, and he worked as a freelancer (for example as a tourist guide). From 1951 to 1972, he was an inner coworker at the Hungarian Department of the BBC, where he got an independent program. After his retirement (1972), he worked as a contributor in the Hungarian Department. In 1958, he obtained UK citizenship. He played an important role in introducing the immigrant Hungarian writers to the West. In 1956, his first own foreign book was published, followed by 13 other works. He wrote for the periodicals Magyarok and Új Látóhatár. After 1980, he visited Hungary every year, and his books began to be published in his native country. He died unexpectedly in Budapest. At his wish, he was buried in Sárospatak.