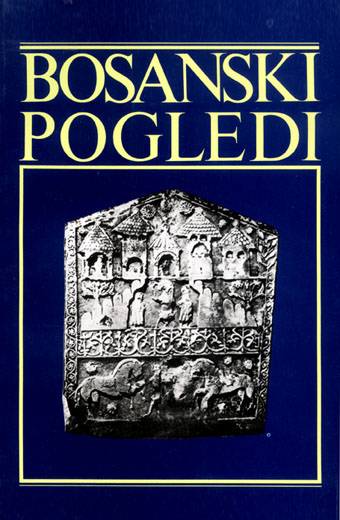 Bosnian Views, a cultural and social journal, was launched in 1955 after a Vienna meeting of Bosnian and Herzegovinian emigrants. It was founded by Adil Zulfikarpašić, Smail Balić, and Muhamed Pilav, who also formed its editorial board. The magazine was officially launched as a non-political and non-party publication. Bosnian Views was not anti-communist, but it was critical of the regime, and condemned communist and authoritarian political practices. The editorial board’s aim was to gather the knowledge of Bosniak emigrés. A collection of the magazine can be found in the library of the Bosniak Institute – Adil Zulfikarpašić Foundation in Sarajevo.