Scenario of a performance, 1982 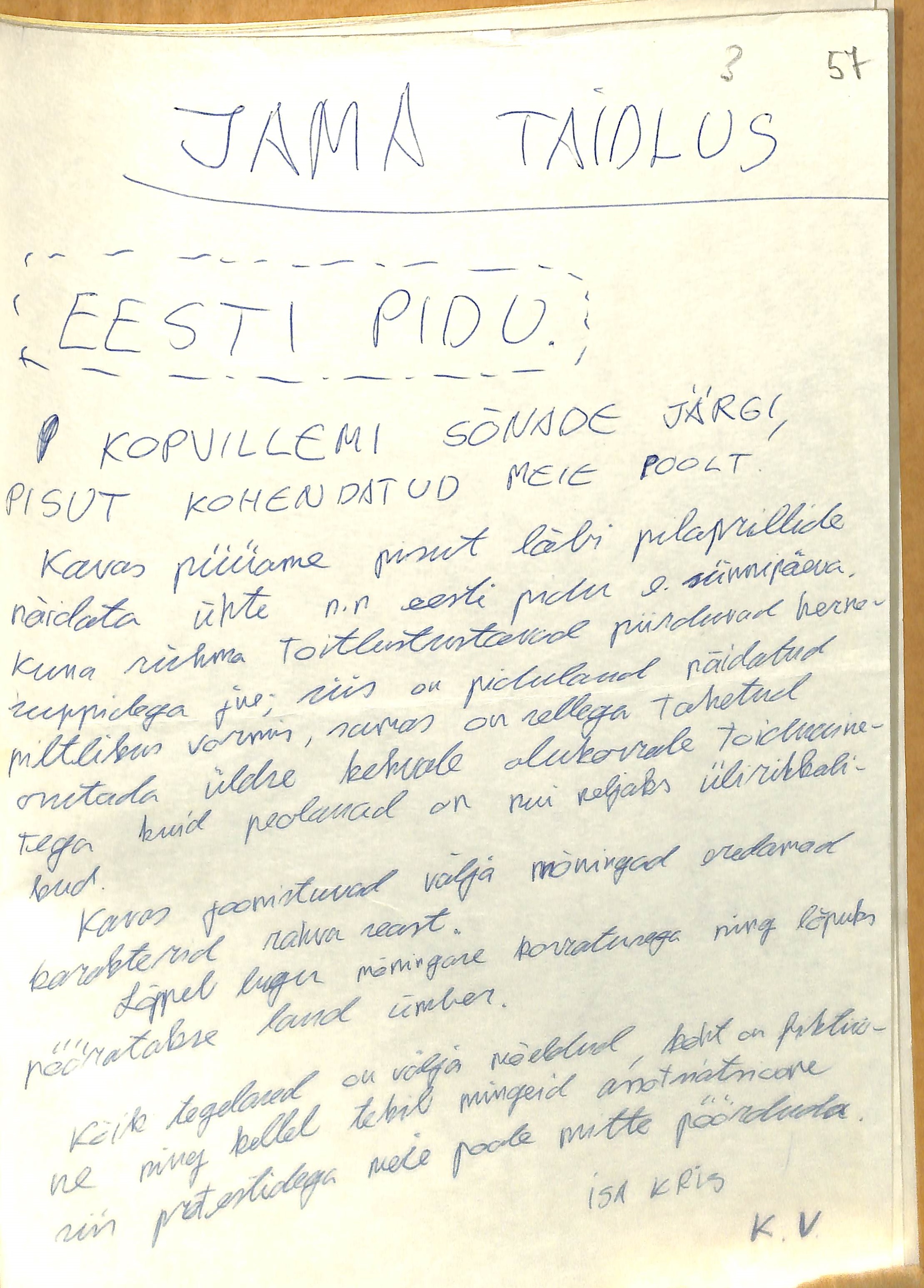 Performances were a common amusement at the Estonian Student Building Brigade (ESBB). This draft was written for a production in 1982 ending a meeting of groups. The title of the production was Eesti Pidu (Estonian Party), and the scenario hints, among other things, at the lack of groceries in Soviet Estonia, which paradoxically did not stop people giving lavish parties. This was made possible by having the right acquaintances, or by using other clever practices. These topics could not be discussed openly, but it was possible to express them during the working summers of the ESBB. Thus, this scenario is a good example of the societal free space which the ESBB offered students.