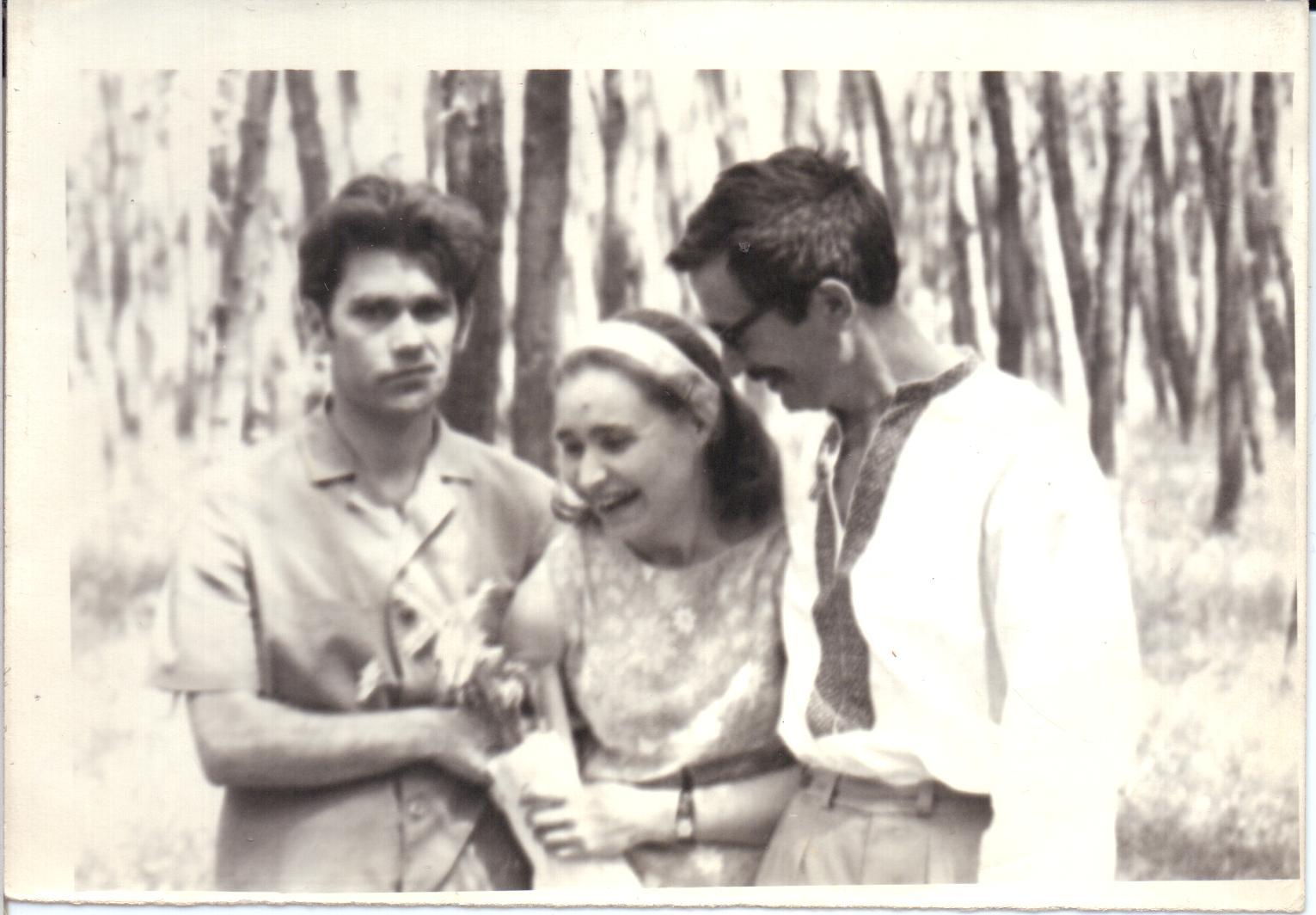 Mykola Plakhotniuk was born in the Kursk region of Russia in 1936, after his parents fled the village of Tykhyj Khutir near Kyiv with their large family, in order to escape the famine of 1932-1933. He was a medical doctor, a member of the sixtiers movement, a human rights activist, and member of the Kyiv Club of Creative Youth. He was arrested in 1972 and held for nine years in maximum security psychiatric facilities in Dnipropetrovsk and Kazan, institutions created by the KGB and known for practices of extreme isolation and near complete lack of prisoner rights. In 1978, Plakhotniuk was relocated to a regular psychiatric clinic in Smila in the Cherkassy region of Ukraine, where he was held alongside other patients who were committed against their will. There he was able to see family and friends, like Nadia Svitlychna, who visited him there before she left the Soviet Union for New Jersey, USA. After being released in March 1981, he was rearrested in September and sentenced in 1982 to four years in hard labor camps.

Plakhotniuk enrolled in medical school in Kyiv in 1959 (which he completed in 1966) and quickly branched out into civic engagement, attending literary studios in 1962-63, where he was exposed to a number of young poets. In the dorms, a group of like-minded medical students formed, where they talked about language issues and other social problems. In 1963, he sent a letter to the Ministry of Education, requesting instruction in Ukrainian. Later that year, he organized a poetry reading at the institute, attended by Vasyl Symonenko, Mykola Vingranovskyi, and others. Shortly thereafter, Symonenko succumbed to injuries to his kidneys, suffered during beatings at the hand of the KGB. When Plakhotniuk organized an evening of poetry in Symonenko’s honour, he attracted attention to himself. He was called to a Komsomol meeting, where he received a warning but continued with his activism. In 1965 until his arrest in 1972, Plakhotniuk organized evenings of carolling, drawing in students from universities throughout Kyiv. During the first wave of arrests in 1965, he defended Ivan Svitlychny and Ya. Hevrych in an open letter to the editor titled “Behind them stands Truth.” He wrote several other letters in defense of others that had been persecuted by the state security services.

In 1970-1971, Plakhotniuk helped Chornovil edit the Journal “Ukrainsky Visnyk,” which chronicled these repressions. He also helped establish the tradition of gathering in front of the statue of Taras Shevchenko in the centre of Kyiv on May 22, the anniversary of the return of Shevchenko's remains to Kyiv, where a funeral mass was held prior to his repatriation to Kaniv. This tradition is maintained in activist circles to this day. In 1967, six attendees were seized and taken away with no explanation, prompting Plakhotniuk and several others to go to the Central Committee’s office building and demand answers. Because of this activism, he was arrested in 1972, along with many others. Plakhotniuk was sent to psychiatric wards twice, the first time to a maximum security facility. After refusing to sign a confession upon his release, he was sent to less punitive ward, which was even more psychologically taxing given the mixing of political prisoners with individuals suffering from psychiatric conditions. He was released in 1984, after which he worked as a doctor until his retirement in 1998.