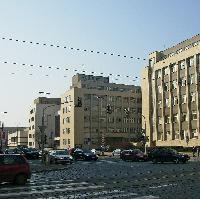 Ministry of the Interior of the Czech Republic
The ministry of interior is supreme office for the realms of public administration, internal security, border protection and eGovernment in the Czech Republic.
read more
Moldavian Union of Cinematographers (MUC)

The Moldavian Union of Cinematographers (MUC) was a professional association in the Moldavian Soviet Socialist Republic. The MUC was officially founded in October 1962 as a branch of the Union of Soviet Cinematographers with the aim of bringing together various professionals involved in film production (directors, screenplay writers, actors, etc.). In the immediate post-war period, there was no separate film-producing studio in the Moldavian SSR. The necessary technical and logistical facilities were temporarily borrowed from Kiev (1945–1947) and Odessa (1948–1952). In 1952, the Moldova-Film Studio (Studioul Moldova-Film) was created in Chișinău. Initially, it only produced documentary films and cinematic chronicles (kinokhronika). In January 1957, the studio was reorganised and expanded to produce feature films. Initially, it was staffed by cinematographers hailing from Russia and Ukraine, which explains why most movies were released in Russian. In fact, Russian remained the dominant language in Moldavian film-making until the 1970s. At the moment of its creation, the MUC included 31 members, with its membership growing significantly during the 1960s. This decade also marked a high point in the productivity and quality of the local filmmaking industry. One of the most important figures of the period was Mikhail Kalik, who developed a poetic, nostalgic style of his own (Kolybel’naia (Lullaby), 1960; Chelovek idet za solntsem / Omul merge după soare (Man Follows the Sun), 1961). Together with Vadim Derbenev (Poslednii mesiats oseni /Ultima lună de toamnă (The Last Month of Autumn), 1965, after Ion Druță), formerly an accomplished camera-man, Kalik became one of the leading directors of the Moldova-Film Studio. In the mid-1960s, the ambitious young director Emil Loteanu helped Moldavian cinema to further emancipate itself, introducing folklore-inspired plots, lavish shot compositions, and scores that drew on Gypsy music. Loteanu’s Krasnye poliany / Poienile roșii (Red Meadows, 1966) and Lautary/ Lăutarii (Fiddlers, 1972), filled with unbridled passion and beauty, marked a new level of national self-consciousness. Gor’kie zerna / Gustul pâinii (Bitter Grain / A Taste of Bread, 1966) by Valeriu Gajiu and Vadim Lysenko attempted an honest depiction of postwar problems and initially was praised for its unprecedented realism. This atmosphere of optimism and ambitious projects was reflected at the Second Congress of the MUC, held in December 1969. However, in the early 1970s, the political and cultural atmosphere in the MSSR became more oppressive, which led to the shelving of Gor’kie zerna and Kalik’s Liubit’ (To Love, 1968), and eventually to the departure of Loteanu, Derbenev, and Kalik. The complex events of the 1940s, portrayed in recently released movies, such as Gor’kie zerna, became a taboo, and the remaining Moldavian directors concentrated on less provocative topics, first and foremost the heroism of underground fighters in the Great Patriotic War, as well as more distant history in films such as Dimitrie Cantemir (1973). The latter production focuses on the figure of an early eighteenth-century Moldavian prince who, besides acquiring a Europe-wide reputation as a scholar and man of letters, was closely allied to Russia during Peter I’s Prut campaign (1711) and subsequently fled with the tsar’s retreating armies, remaining in honourable exile in Russia until his death. Cantemir was completely safe from an ideological point of view and thus acceptable to the Moldavian authorities. The decline in the local filmmaking industry was obvious between 1972 and 1986. This was due to the direct interference of the local Party leadership in this field. The Soviet Moldavian authorities attempted (and partly succeeded) in imposing strict ideological restrictions on the creativity of the film industry. In fact, due to the mass impact of cinema, the ideological constraints were much tighter than in the case of literary activities or theatre performances. The MUC only regained an autonomous voice during the Perestroika period, which was obvious starting from the Fifth Congress in April 1986 and, increasingly, throughout 1987 and 1988. Its members became quite vocal in matters relating to ecology and environmental protection and followed in the footsteps of their colleagues in the Moldavian Writers’ Union in advocating national-cultural rights and supporting the emerging national movement in 1988–1989. However, the MUC never regained the privileged status it enjoyed between 1962 and 1972, with many of its leading members, including Emil Loteanu, having left the MSSR for Moscow. In 1991, the MUC became an independent organisation and was renamed the Union of Cinematographers of Moldova (Uniunea Cineaștilor din Moldova). The local filmmaking industry entered a deep crisis after 1990, due to lack of funds and shortages of qualified personnel, from which it has yet to recover.

The Moldavian Writers’ Union (MWU) was a professional association of writers in the Moldavian Soviet Socialist Republic. This institution was founded in 1940, when the former Union of Soviet Writers of the Moldavian Autonomous Soviet Socialist Republic (MASSR) merged with a group of Bessarabian writers loyal to the Soviet regime to form the new organisation. The new union was established as an alternative to the previous Society of Bessarabian Writers, formed in 1939, shortly before the Soviet annexation, with the aim of transforming the local literary milieu according to Soviet standards. The MWU was reconstituted in 1945, after the Second World War. In the 1940s, the criteria structuring the power relationships within the MWU had a strong political connotation, based on geographical (Transnistrians v. Bessarabians) and political belonging (communist v. “non-Party” writers). Starting with the 1950s, the MWU was structured more along categories linked to the internal logic of the institution: belonging to a particular generation or practising a certain literary genre (poetry, prose, criticism, etc.). By the early 1960s, the MWU was dominated by two “generations,” which vied for pre-eminence during the next decade: the older “thaw” generation, which consisted of writers born in the 1910s and early 1920s, many of them with a solid background in Romanian culture, and the “generation of the 1960s,” which included a group of younger aspiring writers mainly born in the late 1920s and early 1930s. Although these two groups clashed frequently on issues linked to literary style and the role of “socialist realism,” they also allied themselves against the group of Transnistrian writers who initially had a strong political clout due to their closeness to the regime, but were gradually marginalised due to a perceived lack of “symbolic capital.” The MWU held its first congress in 1954, which was followed by the second (1958) and third (1965) congresses. The last of these acquired special importance in the context of the Soviet period, due to the oppositional stance articulated by some of the members. During the Third Congress of the MWU, the writers raised a number of sensitive questions, e.g. the reintroduction of the Latin alphabet for standard “Moldovan,” the issue of education in Romanian, and the issue of Party interference in the literary sphere. This provoked a hostile reaction on the part of the authorities, who sought to reassert control in the cultural sphere. It also shifted the balance of power within the MWU and the coping strategies of the writers, who adjusted their discourse to placate the authorities but also successfully claimed a certain degree of autonomy in internal matters. Following the “re-Stalinisation” tendencies of the Soviet Party leadership at the end of the 1950s and early 1960s, the issue of the language and “cultural heritage” dominated the debates between rival factions of local writers. Meanwhile, cultural figures, particularly official ones, kept disseminating and reinforcing a Moldovan identity with a “Soviet” content. As a result, the gap between the official stance and the private discourse of the writers widened during the 1970s and 1980s. This became apparent during the Perestroika period, when the new liberalising context allowed the articulation of previously unacceptable dissident views. This was epitomised, among other things, by the virulent attack mounted by the representative of the “1960s generation,” Grigore Vieru, against the long-time MWU stalwart and member of the earlier “interwar” generation, Andrei Lupan. The generational differences between these writers were exacerbated by the specific ideological context of Perestroika, which precluded the building of a consensus, despite the continuities between the 1950s and the 1980s, and emphasised confrontation and rivalry instead. From 1987, the MWU was renamed the Writers’ Union of Moldova. The institution remained subordinated to the Writers’ Union of the USSR until 1991. 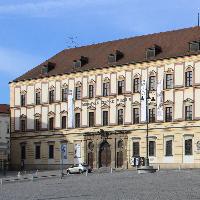 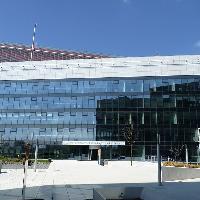 The Moravian Provincial Archives in Brno is a state institution which carries out state administration, performs professional activities and performs tasks in the field of archiving, defined by its factual and territorial scope.

The archive was founded in 1839 to study and explore the sources of the history of Moravia. Since 1855, it has served as archive for the preservation of documents that have been created within the provincial political, self-governing or judicial authorities. The activities of the archives cover the Vysočina region, the South Moravian region and the Zlín region of the Czech Republic. The archive is managed by the funds of state and non-state institutions, Moravian municipalities from the beginning of the 12th century, landfill funds, religious funds, funds of monasteries, aristocratic clubs, etc. Some archives are available in digitized form online.