559 organizations and groups found (New collection descriptions are constantly being added)
Items per page:       «« previous page 1 ... 8 9 10 11 12 13 14 15 16 ... 111 112 next page »»
Belgrade University Library
Univerzitetska biblioteka "Svetozar Marković"
The University Library "Svetozar Marković" is the umbrella library for all university and faculty libraries in Serbia. It was founded in 1838 and changed its location several times until mid 1920s, when the current building was erected with the support of funding by the Carnegie foundation. The University Library holds 1.700 000 library units and a rich archive of periodicals.
read more
Belgrade's Praxis' members - eight professors from the philosophial faculty

The case of the eight professors and assistants of the Faculty of Philosophy is a paradigmatic example of how the actions of the repressive organs of the party authorities reflected on the Belgrade University in the mid-1970s. Since the end of 1972 and the adoption of the so-called “Pismo” [Letter] in which Josip Broz called for greater participation of the party in society as well as greater repressive measures have been taken in all spheres. The engagement of a group of intellectuals from the Faculty of Philosophy has been particularly a thorn in the side of the party authorities.

One way of reckoning with the inappropriate professors was introducing the norm of "moral-political adequacy", which was adopted by the University Assembly in November 1973. The Faculty of Philosophy adopted it under pressure in 1974. (N. Popov, Contra fatum, 106), but did not undertake activities towards its application.

This was a trigger for intensifying political pressures so that at the joint session of the Committee of the League of Communists of Belgrade and the University Committee, it was concluded that "these teachers have no place at the University" and that “creating resistance to the self-management socialism at any faculty” cannot be tolerated. (N. Popov, Contra fatum, 112).

The Faculty of Philosophy had finally put this issue on the agenda, but at a session of the academic council, it has been decided that the norm could not be applied to those persons. However, the resistance of the dean and the academic council in defending the autonomy of the university remained without success. Through the Assembly of the Republic of Serbia, the party decided to move the eight professors away from the Faculty of Philosophy through an unprecedented procedure (1975). Ljubomir Tadić, Zagorka Golubović, Trivo Inđić, Mihailo Marković, Dragoljub Mićunović, Nebojša Popov, Svetozar Stojanović and Miladin Životić have been removed from the faculty.

Three years later, the constitutional courts of Yugoslavia determined that the norm of "moral-political adequacy" has been unconstitutional and that it should be deleted from all documents. However, this did not mean that the professors could return to the faculty. Only in 1981, was it possible to return to academic institutions when many of the eight professors got employed by the newly created Institute for Social Sciences in Belgrade.

The reckoning with the professors of the Faculty of Philosophy in the mid seventies marked also the end of the “Korčula” school and the “Praxis” magazine. 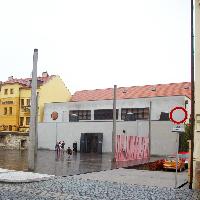 The Benedikt Rejt Gallery was founded thanks to the initiative of Jan Sekera through the transformation of a gallery section of Okresní muzeum (Regional Museum, founded in 1964). The new institution became part of a network of regional galleries in 1966. The main activity of the gallery was, and still is, to build and preserve its collection and to take care of its buildings (Peruc Castle and exhibition space in Louny). The gallery was established by Ústecký kraj (the Usti Region). 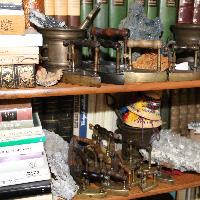 In 1996, Countess Anikó Bethlen established the Bethlen Foundation to support disabled people. Following the family tradition, she used her experience and financial resources to help those who suffer from physical disabilities. However, the foundation performs charitable work not by awarding financial support, but by distributing medical equipment for disadvantaged persons which it receives from western donations. The foundation also operated for a while a bookbinding workshop in Târgu Mureș, in the hope of helping unemployed people to earn a living. Countess Bethlen reckons among the property of the foundation all the objects belonging to the collection. 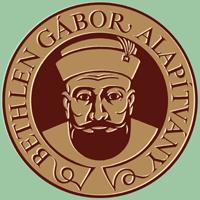 The Gábor Bethlen Foundation was officially registered in 1985, though it has been active since 1980. In the autumn of 1979, István Bakos, a critical intellectual close to the nationalist-populist groups of the period, suggested that intellectuals establish a foundation to support Hungarian minority groups in the neighbouring socialist countries. Between Christmas 1979 and Easter 1980, 65 people joined this movement. They drafted a petition to establish the Gábor Bethlen Foundation (Gábor Bethlen was the ruler of Transylvania in the 17th century) and submitted the document to the minister of culture in April 1980, but the government refused to meet with the group. The first substantive discussion with cultural minister Imre Pozsgay took place only on 19 November 1982. Pozsgay guaranteed his support. On 5 May 1982, a Preparatory Committee was elected in the ‘Kárpátia Restaurant’ to create a draft of the Foundation’s regulations. However, Pozsgay was removed from his position, and the government took measures against the populist intellectuals, thus blocking the process again. In the summer of 1984, István Bakos and his associates asked János Kádár himself to help authorize the Foundation. Finally, on 11 May 1985, the minister of culture officially affirmed the Foundation. Economist János Márton became its first president, and Gáspár Nagy poet became the first secretary. On 29 January 1988, the Foundation became a legally functioning body.