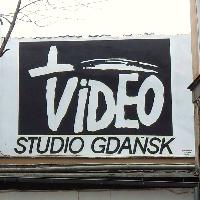 Video Studio Gdańsk
Video Studio Gdansk is an independent production house. It was created in 1981 and since then has been producing independent documentaries and films. In the 1980s VSG’s activity was protected by Catholic Church, what set its subject of interest for many years. VSG’s collaborators disseminated religious videos, but some new films were also made. After 1989 the production house stayed connected to religious subjects, but has been also producing numerous documentaries on the past of democratic opposition and current social problems. Until 2010 Video Studio Gdansk made over 600 video items (TV theatres, reportages, documentaries, etc.). In order to properly archive gathered materials in 2004 Film Archive Foundation “Roads to Solidarity” was established.

Since 2008 Video Studio Gdansk has been cooperating with European Solidarity Centre (ECS). Institutions completed numerous films together, e.g. some of the ECS’s notations.
read more

Pursuant to a decision of the Central Committee of the Communist Party of Croatia, in June 1940 the newspaper Politick vjesnik, later Vjesnik JNOF, was established. In the period 1940-1941, the newspaper's office and printer were in Zagreb, and in the period 1942-1945, printing was organized at several locations, mostly in Lika. After 1943, the newspaper's office was in Otočac, as part of the Propaganda Department of the Steering Committee of the Territorial Anti-fascist Council for the People’s Liberation of Croatia (ZAVNOH), and in September 1944, Vjesnik's office was founded as a special organizational unit of the Information Department of ZAVNOH. In May 1945, Vjesnik returned to Zagreb. In July 1946, the newspaper publishing company Narodna štampa was established. Its founders were Vjesnik, Narodni list, Naprijed, Kerempuh, Ilustrirani vjesnik, Omladinski borac, Studentski list, Narodni sport, Srpska riječ, Srednjoškolac and Problem, whose offices were independent units of the company. In 1952, when Narodni list, Naprijed, Omladinska štampa and Sportska štampa separated and established independent companies, the company changed its name to Vjesnik Narodnog fronta Hrvatske (‘Herald of the People's Front of Croatia’), a newspaper and printing enterprise. In July 1959, the Vjesnik newspaper-publishing and printing company was established by merging the existing company with the newspaper publishing company Narodni list, Seljačka tiskara and Grafički nakladni zavod Tipografija. In 1972, the company was reorganized into the Novine complex associated labour organization, a publishing, printing and sales labour organization, which consisted of eight basic associated labour organizations. At the beginning of 1990, the Socialist Alliance of Working People of Croatia ceased to be the owner of the company, the newspaper Vjesnik ceased to be its political bulletin, and the Council and General Meeting were dissolved. Vjesnik was split into several companies. In 1999, Vjesnik and Hrvatska tiskara (the Croatian national printer) merged into the single distribution business Vjesnik Ltd.

read more
Voices of the 20th Century Archive and Research Group
The organisation operates within the Institute of Sociology, Centre for Social Sciences, Hungarian Academy of Sciences. Its aim is to preserve and study the memory and the documents of the Hungarian sociological heritage. It collects, digitizes and publishes copies of interviews, documents etc. donated by researchers. Archiving is done in cooperation with the Open Society Archives (OSA), where the digital and hard copies are held. In accordance with an agreement reached with the research heads, we share the materials with the social scientific public. The digital Archive can be reached here: voices.osaarchivum.org. The aims of the Research Group are the following:

- basic research about the “sounding” heritage of the Hungarian sociological heritage.
- research on and documentation of the history of Hungarian sociological research based on qualitative methods.
- the initiation of historical sociological research projects based on the collected interviews.
- reflections and disciplinary self-reflection on the methodological and epistemological challenges of interview sources.
- case studies.
- reuse and publication of interviews and qualitative sources.
- enabling networking between researchers and research groups which use qualitative methods, and bringing them in touch with high schools and universities.
read more
Wojciech Zamecznik's Family
Wojciech Zamecznik's family owns and disposes all the materials produced by Zamecznik during his artistic life. Julisz Zamecznik, son of Wojciech, is mainly responsible for communication with the Archeology of Photography Foundation and negotiating the terms of usage of Zamecznik's collection. As Julisz Zamecznik says, the family members were an inherent part of Zamecznik's creation as actors and witnesses - Wojciech sons and wife were often photographed by the artist in mundane, everyday situations.
read more
546 - 550
«« previous page 1 ... 102 103 104 105 106 107 108 109 110 111 112 next page »»