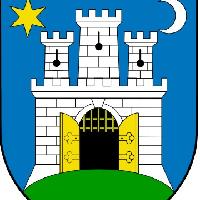 The City of Zagreb

The city of Zagreb, as the capital of Croatia, has a special status: Zagreb performs the self-governing public affairs of both a city and county, for it is also the seat of Zagreb County which encircles Zagreb. The city administrative bodies are the Zagreb City Assembly (Gradska skupština Grada Zagreba) as the representative body and the mayor of Zagreb (Gradonačelnik Grada Zagreba) who is the city’s chief executive official. City administrative offices, institutions and services (18 city offices, 1 public institute or bureau and 2 city services) have been established to perform activities within the self-administrative sphere and activities entrusted by the national government. The city administrative bodies are managed by their directors. The City Assembly Staff Service is managed by the secretary of the City Assembly (appointed by the Assembly) (source: https://en.wikipedia.org/wiki/Zagreb#Metropolitan_administration).

Zagreb is also the cultural heart of Croatia; the city owns several museums, one of which is the Museum of Contemporary Art, which maintains the Tošo Dabac Collection and parts of the Collection for the Democratization of Art and the Casual Passer-by Collection. The collections are, therefore, the property of the City of Zagreb, and under the authority of two city offices – City Office of Property Law and City assets and City Office of Education, Culture and Sports.

The Democracy International (TDI) is a not-for-profit non-governmental organisation founded in 1979 in New York. It brought together democratic opponents of both right- and left-wing dictatorships from Asia and Latin America and from across the Soviet bloc.

TDI seeks to motivate individuals in practical action on behalf of common commitments to human rights, freedom of speech, press and religion, free elections and the right to contest elections. Its main goal is to promote democratic and human rights values by supporting the efforts of democratic leaders and movements worldwide to build open societies.
read more

The Institute for Cultural Research

The direct predecessor to the Institute of Cultural Research was the Institute of Folk Art, which was established in 1951 with Jenő Széll as director. Its mission was to research folk traditions and art. Despite the limitations placed on the Institute by the centralized cultural policy, it became a shelter for banned amateur art associations, which thus were able to survive within the state framework. Jenő Széll played an important role in this. He was able to harmonize his cultural policy concepts and work methods with the directives he got from the superior party organizations. Jenő Széll led the secretariat of Prime Minister Imre Nagy. He became the government commissioner of Hungarian Kossuth Radio during the 1956 Revolution. In the autumn of 1957, he was fired from the Institute. He was then imprisoned. After his release, he worked as a translator.

The atmosphere of the persecutions and reprisals influenced the work of the Institute. It was renamed the Institute of Popular Culture. In the 1960s, the forced political function was central, but this gradually started to weaken. Professionalization began, and the institute was able to secure protection and support for its ambitious and innovative initiatives. In this period, the dissemination and education of popular culture evolved dramatically with the help of public exposure through television programs. In 1963, the Ministry of Culture delegated research on popular culture to the Institute. The main tasks were the coordination of work of the research organizations and the research plans. Principally, they dealt with theoretical analysis and philosophical, psychological, and pedagogical topics, but they also began to pursue cultural and sociological research. Scientific research, adult education, and the study of local history were complemented with amateur artistic works. New genres and contents emerged because of contributions by people active in the alternative and experimental art movements of the 1960s. The appointment of Iván Vitányi’s in 1972 as Chief Director was an advantageous turn in the history of the Institute.

The Institute for Cultural Research became independent in 1980. It seceded from the Institute of Popular Culture. Iván Vitányi remained the leader. Thanks to his open mindset, the institute hosted numerous projects which did not follow the mainstream directions. Vitányi supported the rethinking and reforming of culture, and he was positive about mediating high culture to the widest social strata. He supported the dance house movement, different amateur arts, sociological, pedagogical, music, and popular-culture research projects and empirical investigations. These endeavors focused on the mapping and dissemination of everyday culture, and this was considered pathbreaking in Hungary and abroad.

In 1986 the National Center for Public Culture and Education was established when the Institute for Cultural Research and the Institute of Popular Culture were merged. Iván vitányi maintained his leading position after this change, as well.

In response to the establishment of Charter 77 and the campaign against its signatories, the first major conference on Charter 77 and respect for human rights in Czechoslovakia was held at the Dauphine University in Paris on January 14th, 1977. The conference was led by Pierre Emmanuel, a member of the French Academy, and Vladimir Bukovsky was also present. Directly at the conference, The International committee for the support of principles of the Charter 77 in Czechoslovakia was established at the initiative of Ivana and Pavel Tigrid, member of the French Academy of Pierre Emmanuel, secretary of the Socialist Party of Gillese Martinet and former editor of the Communist Party of France writer Pierre Daix. Membership of the Committee has received over thirty leading political and cultural figures in Western Europe and the United States, including the internationally renowned writers Heinrich Böll, Günter Grass, Arthur Miller, and Friedrich Dürrenmatt. Among the members of the Committee were three Nobel laureates, as well as well-known French actors Yves Montand and Simone Signoret. Ivana Tigridová, who was elected as the Committee's honorary secretary, eventually resigned from this position, as because of her name, she did not want to compromise the work of the International Committee.

The International Committee for the promotion of Charter 77 focused its efforts on supporting the signatories of Charter 77 in their efforts to implement human and civil rights in the country. They held a series of protest events; one of the largest Czechoslovak campaigns that took place in the West was a campaign in 1979 against the prosecution of members of the Committee for the Defence of Unjustly Prosecuted Persons.

The work of the International Committee to Support Charter 77 ended in the fall of the Iron Curtain, which meant the defeat of totalitarian regimes in the Soviet bloc countries.
read more
The Latvian Centre for Contemporary Art (LCCA)