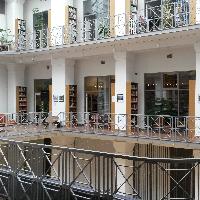 Donation and archival works of the collection done in Blinken-OSA Archives, 2017-2018

The research collection of Béla Nóvé was donated to Blinken-OSA Archives, Budapest, in 2017. It was organized, catalogued, and supplied with detailed finding aids by Senior Audiovisual Archivist Zsuzsa Zádori and Béla Nóvé. This phase was completed by September 2018, and since then the collection is open for public research. 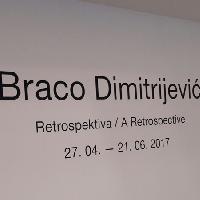 The exhibition aroused great interest not only in art circles, but also in the media and the general public, and was also accompanied with a respectable catalogue of almost 400 pages, in which works from the ad hoc "The Casual Passer-by" Collection were also presented. 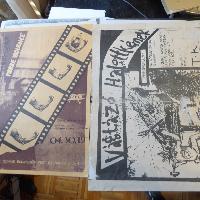 The subject of the exhibition placed in Leipzig was the punk in the countries of the East Bloc from 1977 till 1989. The goal of the event was to celebrate the 40 years of the punk in the East and South-East Europe. Polish punk was represented by videos of the band Moskwa made by director, photographer, and media artist Józef Robakowski, photographs of the 1980s punk scene made by photographer and graphic designer Mirosław Makowski, and, among many others, copies of the fanzine ‘QQRYQ’ published by Piotr ‘Pietia’ Wierzbicki and borrowed from his private collection. It was the last and the largest public exposition of the Wierzbicki’s collection, but it also included a number of posters from the collection of Artpool and the Hungarian Tamás Szőnyei described in the COURAGE Registry. The multimedia installation was to reflect the aesthetics of East European punk music and movement, especially from Poland, the CSSR, and Hungary. It included sounds, films, images, and graphic artefacts, as well as texts and documents which explained historical and political nuances, both similarities and differences among punk scenes in the Soviet Bloc. The exhibition was organized by the Nato, the social and cultural centre located in Leipzig. The event was supported by a cultural program which contained concerts, talks, presentations and film shows. 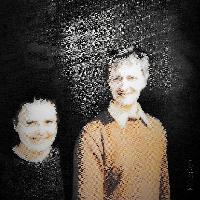 Publication of the Book Egy szamizdat az életünkben: Az Ellenpontok (A Samizdat in Our Lives: the Counterpoints)

The volume published by the Tóth couple at the end of 2017 successfully resumes the independent writings, interviews and all details appearing in the course of time which shed light on past events that have meanwhile become history. The texts comprised in the five parts of the book – introduction, interviews about Ellenpontok (Counterpoints), the discussion in Budapest, recollections and writings of others – are ordered according to the time of their publication. The fourth part of the volume, entitled “Recollections” includes the text “How the Romanian State Security found Ellenpontok?” which represents the first attempt at revealing the details of the discovery of the Transylvanian samizdat by the secret police on the basis of the observation-data collection files on Antal Károly Tóth known by the codename “Bastion” in the Ellenpontok Ad-hoc Collection. The text which was also published in the 2013 issues of the Hungarian-language independent cultural and public life magazine Kapu (Gate) offers insight into the world of the Securitate, the staff of which resorted to the complex ways and means inherent in the informant network, operative technique and outdoor street shadowing in the course of the unravelling of the case across several counties.

The crucial issue of the Hungarian minority ideology prior to 1989 was that every other consideration had to be subordinated to the issue of persistence and survival, and inaction seemed the wisest option. However, in the related term of passive resistance, resistance denotes the essence and the purpose, while passivity only refers to the form. It was the radicalism of their thinking that distinguished the editors of Ellenpontok from real Transylvanian Hungarian politicians and this led in the early 1980s to the creation of the second public sphere in the Partium. 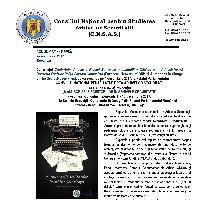 This exhibition was presented to the public for the first time between 4 and 10 December 2017, in the Constantin Brâncuşi Exhibition Hall, which is located in the Palace of the Parliament of Romania. The opening coincided with the Annual Conference of the European Network of Official Authorities in Charge of the Secret Police Files, when CNSAS handed the presidency of the network to the Committee for Disclosing the Documents and Announcing Affiliation of Bulgarian Citizens to the State Security and the Intelligence Services of the Bulgarian National Army. The exhibition illustrated the methods of controlling and keeping writers under surveillance, while trying to reassess the meaning of so-called “resistance though culture” in communist Romania. The items selected for the exhibition originated from the Confiscated Manuscripts Collection and from other fonds of the CNSAS Archives: Penal Fonds, Informative Fonds, Network Fonds, and Documentary Fonds. Three different types of materials illustrated the theme of confiscated manuscripts: archival documents, visual images, and extracts from interviews with writers in the Oral History Collection at CNSAS. The topics illustrated by these items were censorship, writers’ trials in which confiscated manuscripts were used as incriminating evidence, and writers’ surveillance by the secret police. The main items of the exhibition were, however, the writers’ confiscated manuscripts: unpublished prose, poems, pieces of poetry, essays, diaries, memoirs, daily notes, and annotated censored publications.