The Festival in Jarocin in 2017 was unique: for the first time the event was organised by Jarocin Regional Museum in close collaboration with its branch, the Polish Rock Granary. The concept and the programme of the festival were closely linked to the activities of the Granary and the history of rock music in Jarocin.

The leitmotif of the event, which took place from the 14th to 16th of July, was the figure of Czesław Niemen. The programme featured hip-hop intertwined with alt-rock, choir performances blended with jazz-rock projects. Line-up included such bands as Voo Voo, Pere Ubu, Kaliber 44, Dezerter, Wojtek Mazolewski Quintet, Hey, Variete, and the band Illusion which celebrated their 25th anniversary. Music acts were accompanied by a series of events and attractions ranging from painting murals dedicated to Czesław Niemen and the 28 Faces of Czesław Niemen photographs exhibition at the Polish Rock Granary, curated by Monika Ney of Ney Gallery&Prints, through workshops for children and adults in the courtyard of the Granary, to lectures on poetry in Niemen’s lyrics given by Paweł Tański and debates on the problems of music industry, as a part of the Polish Rock Granary Academy.

The new concept of the festival and the change of organisers were met with positive reception both by journalists and the participants of the event. Although such ample engagement to the organisation of the festival proved to be a challenge for the Granary, a young and rather small body, it yielded desired results, and the institution is commited to keeping up the direction of its actions also in 2018. 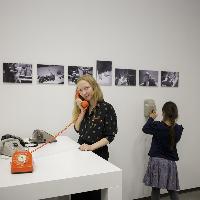 “YOU’VE GOT 1243 UNREAD MESSAGES. The Last Generation Before the Internet”. Their Lives

The Latvian Center of Contemporary Art in Riga organized the show “YOU’VE GOT 1243 UNREAD MESSAGES. The Last Generation Before the Internet”. Their Lives in 2017, where materials from the Artpool collection, like documents of the Budapest-Vienna-Berlin telephone concert and the Artpool Radio, were also put on exhibit. 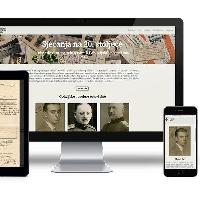 The content of the Grgo Šore Goli Otok Collection became a part of the "Memories of the 20th Century" online exhibition. This online exhibition also includes the testimonies of other people, among whom some were victims of totalitarian systems and dictatorships in Croatia during the 20th century. Their testimonies illustrate the key moments of 20th century Croatian history. The virtual exhibition contains over 900 items. 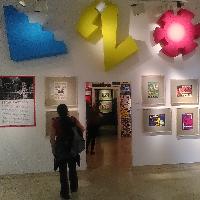 The exhibition “Infernal Golden Age” borrowed its title from the song “Pokoli Aranykor” by the new wave band URH, founded in 1980. The song was performed at the vernissage that became a significant event in Budapest nightlife: many members of the former underground mingled here with today's artists and youth that include contemporary punks. The colorful interior design units on the walls were inspired by figures appearing on the posters themselves. The exhibition was documented in a catalogue edited by art historian Gábor Rieder.

The largest retrospective exhibition of Tomislav Gotovac was held in the Museum of Modern and Contemporary Art in Rijeka from September 22 to November 26, 2017, entitled “Tomislav Gotovac: Crisis Anticipator – Don't Ask Where We're Going.” The occasion for the exhibition was the relocation of the Museum to a new larger area in the heart of the city. About 100 of Gotovac's works were presented at the exhibition, which makes the exhibition the larger ever dedicated to this conceptual artist, director and performer, and the works from the ad hoc Homage to Josip Broz Tito Collection were also on display.