2 collections found (New collection descriptions are constantly being added)
Items per page:       1
Kowalnia Archive at the Museum of Modern Art in Warsaw

“Kowalnia” is the popular name of professor Grzegorz Kowalski's Studio of Audiovisual Space at the Academy of Fine Arts in Warsaw. Kowalski, a creator of installations and performer, has been its leader since 1984, drawing from the modernist tradition in which he was educated, and the communal, countercultural experiences of his own artistic activity. The studio gained popularity in the 1990s as a forge of the stars of the art world and of some of the most controversial figures in Polish “critical art”. The archive, maintained by the Museum of Modern Art in Warsaw, includes photo and video documentation of the studio's activity, as well as its manifestos, exhibition catalogues and issues of a zine published by students. 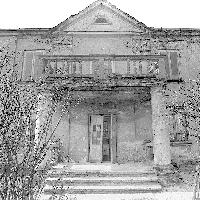 KwieKulik Archive
KwieKulik is the name of an artistic duo formed by Zofia Kulik and Przemysław Kwiek. For twenty years they created performance, conceptual and process art, with politically engaged and critical undertones.
Simultaneously, since the late 1960s, they regularly documented the artistic life of Poland, focusing on ephemeral phenomena. Currently the KwieKulik Archive is an enormous set of visual and film materials, publications, and works of art. By Zofia Kulik’s effort it was converted into an archive-piece, a collection which itself became a work of art.
read more
1 - 2
1