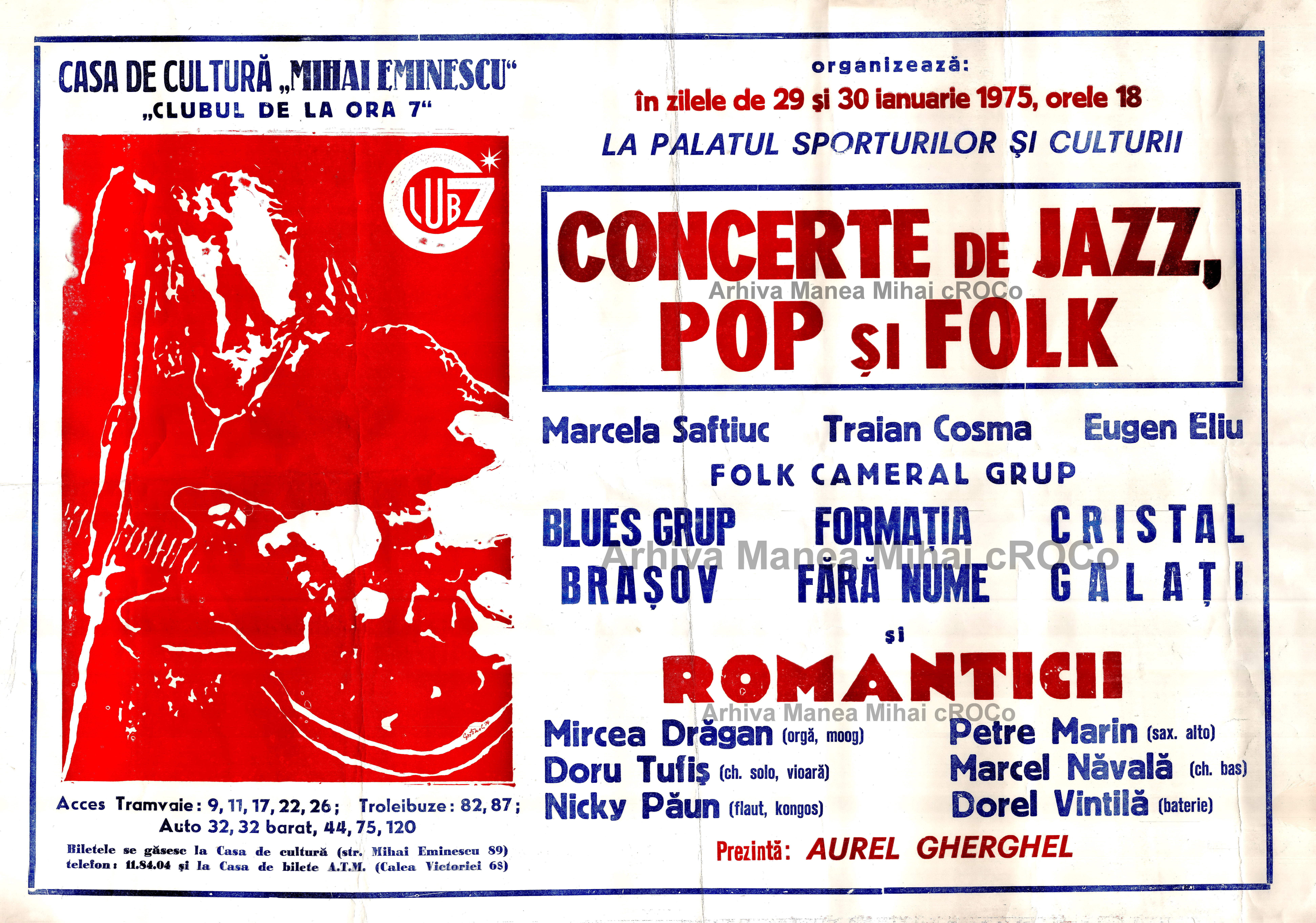 Until recently, the concert posters in the Mihai Manea collection were, to a large extent, for private use; they were accessible only to their owner and a few of his friends. The appearance and development of social media lifted some of the documents in this collection out of their condition of exclusively private objects. A part, so far a small part, of these posters have been scanned, uploaded, and distributed on Mihai Manea’s Facebook account and those of his friends. “It is my intention, in time, to upload all the concert posters that are still in my possession. I hope that by giving them another body – an electronic one, so to speak – their life will perhaps be longer than it would have been if they had remained only in paper format. Of course I’m not going to give up the paper ones, the originals. I’ll keep them as well as I can. But I think it’s better that they should be in two places than in just one place,” says Mihai Manea.

The aim of the digitization is not purely utilitarian, however, but at the same time emotional-evocative and rational-educative. “It is, of course, also a form of nostalgia, because, ultimately, these concert posters are about my life, about my youth, about my passions. But I think there is also something about them, in them, that goes beyond my person. They are documents, perhaps not very spectacular, but in any case, I’m convinced, quite rare out of all that has been preserved from the 1970s and 1980s of music in Romania. Why shouldn’t I hand them on to others?” Thus, from a collection developed out of passion and conserved only in the private space, the Mihai Manea collection has become one that is disseminated completely free to the public, basically an online exhibition through which the passion of a collector brings its contribution to enriching the collective memory of communism in Romania. As in other cases, the springboard of this dissemination is the desire to share with future generations a part of the past that is not only that of the collector, but that of a whole generation who made the transition from communism to democracy. The address at which Mihai Manea’s Facebook account can be found is: https://www.facebook.com/manea.mihaicroco