Exhibition: A Century of Croatian Periodicals from the Croatian Diaspora from 1900 to 2000 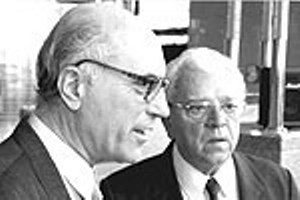 The exhibition titled "A Century of Croatian Periodicals in the Croatian Diaspora from 1900 to 2000" (Izložba Stoljeće hrvatske periodike u iseljeništvu 1900.-2000.) was held in Zagreb at the National and University Library. It took place from 5 December 2002 to 7 January 2003. Editors of the exhibition catalogue and the exhibition organisers were Branko Hanž and Nada Mihaljević.

The exhibition included serials published abroad during the time of socialist Yugoslavia, exhibits pages expressing anti-communist and opposition activities. Branko Hanž, one of the authors of the exhibition, is well known for his endeavours in storing the so-called unsuitable books during the period of socialism, and which he presented to the Croatian public at this exhibition.