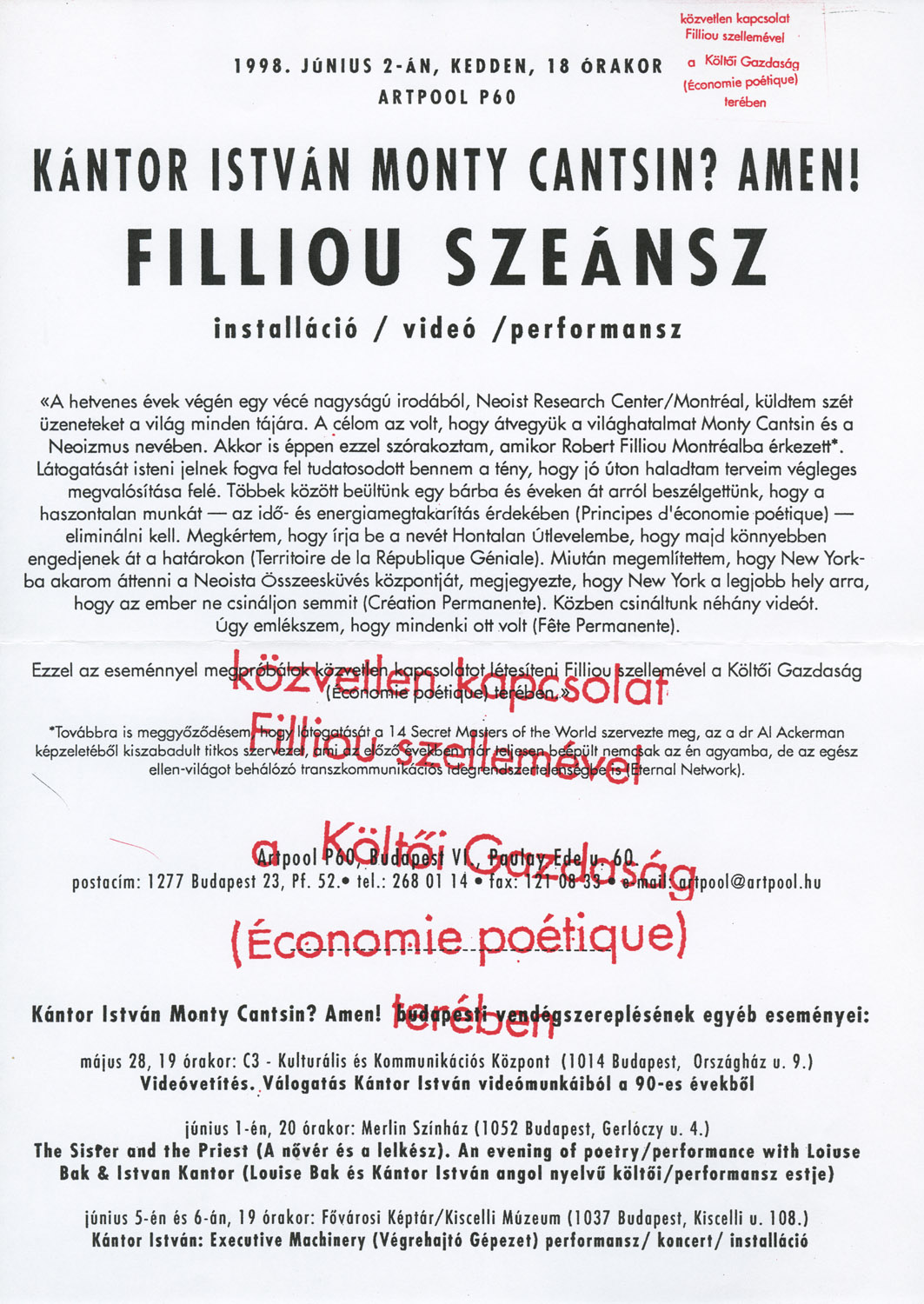 István Kántor performed in the reconstructed space of Robert Filliou’s Poipoidrom. His performance was a ceremony in which he incorporated the props of neoism (a hanger placed on his head, clocks all showing 6 o’clock, the installation of texts which involved the use of his blood, and the use of a megaphone) and made use of repetitive rhythms similar to the atmosphere of a barbarous ritual, with the added effect of burning magnesium from time to time. At the end of the performance, the performer (who wore a stylized mask covering his entire head throughout the performance) handed out hangers to the audience who could place them on their own heads, thus becoming members of the neoist community, even if only for a while.