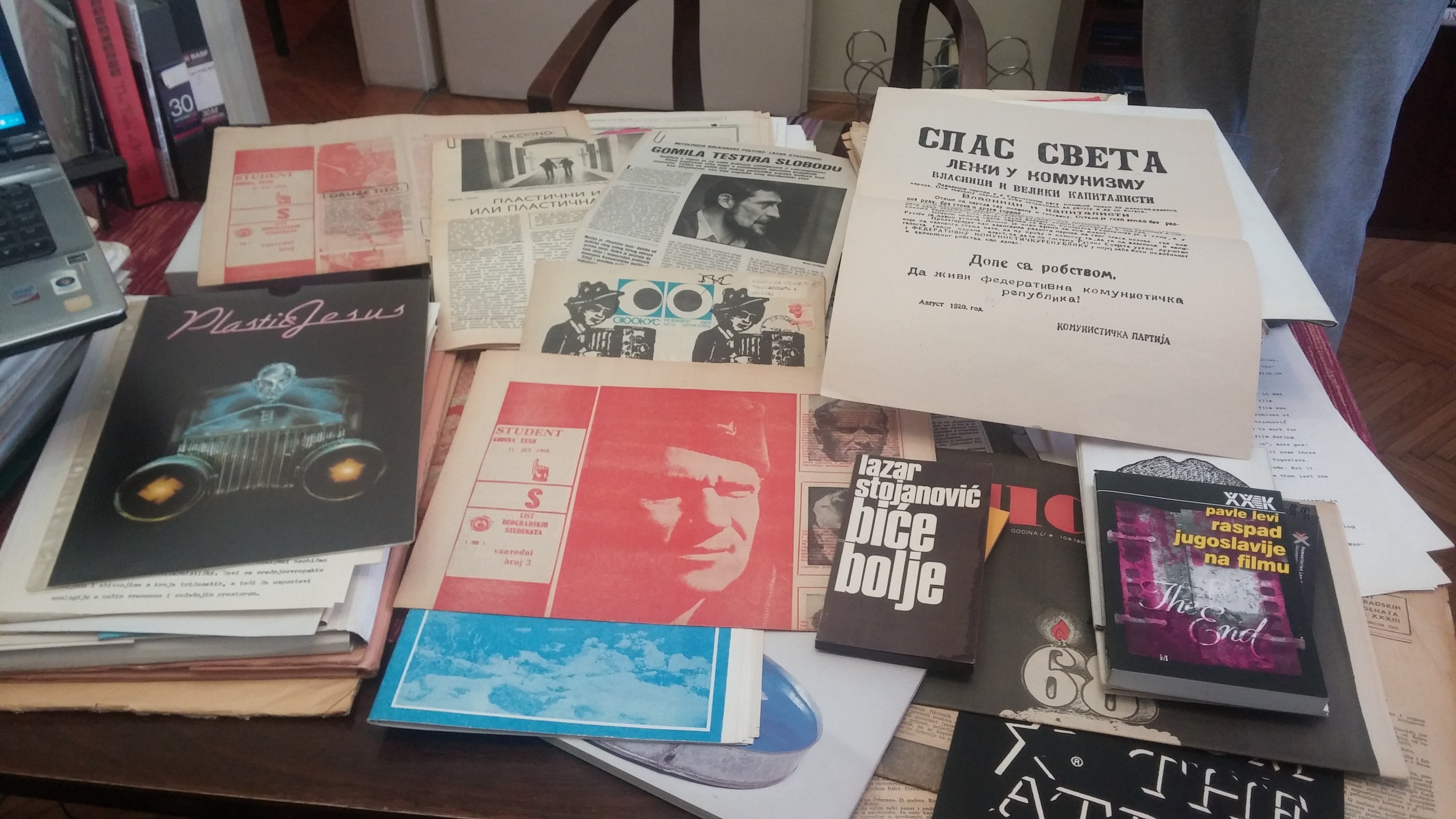 Lazar Stojanović (1944-2017), film director, journalist and intellectual, was one of the most famous cultural dissidents of socialist Yugoslavia. His film “Plastic Jesus” (1971) was declared as anti-communist and anti-state propaganda and led to Stojanović’s three year imprisonment. The collection represents Stojanović’s personal compilation gathered over the previous decades and consists of books, newspapers, posters, catalogues and video materials/films.

Marković, Predrag. 2011. “Where Have All the Flowers Gone? Yugoslav Culture in the 1970s Between Liberalization/Westernization and Dogmatisation.” In: The Crisis of Socialist Modernity. The Soviet Union and Yugoslavia in the 1970s, edited by Marie-Janine Calic, Dietmar Neutatz und Julia Obertreis, 118–133. Göttingen: Vandenhoeck & Ruprecht.