The Donation of the “Clean Room” from Sânmărtin, 2016 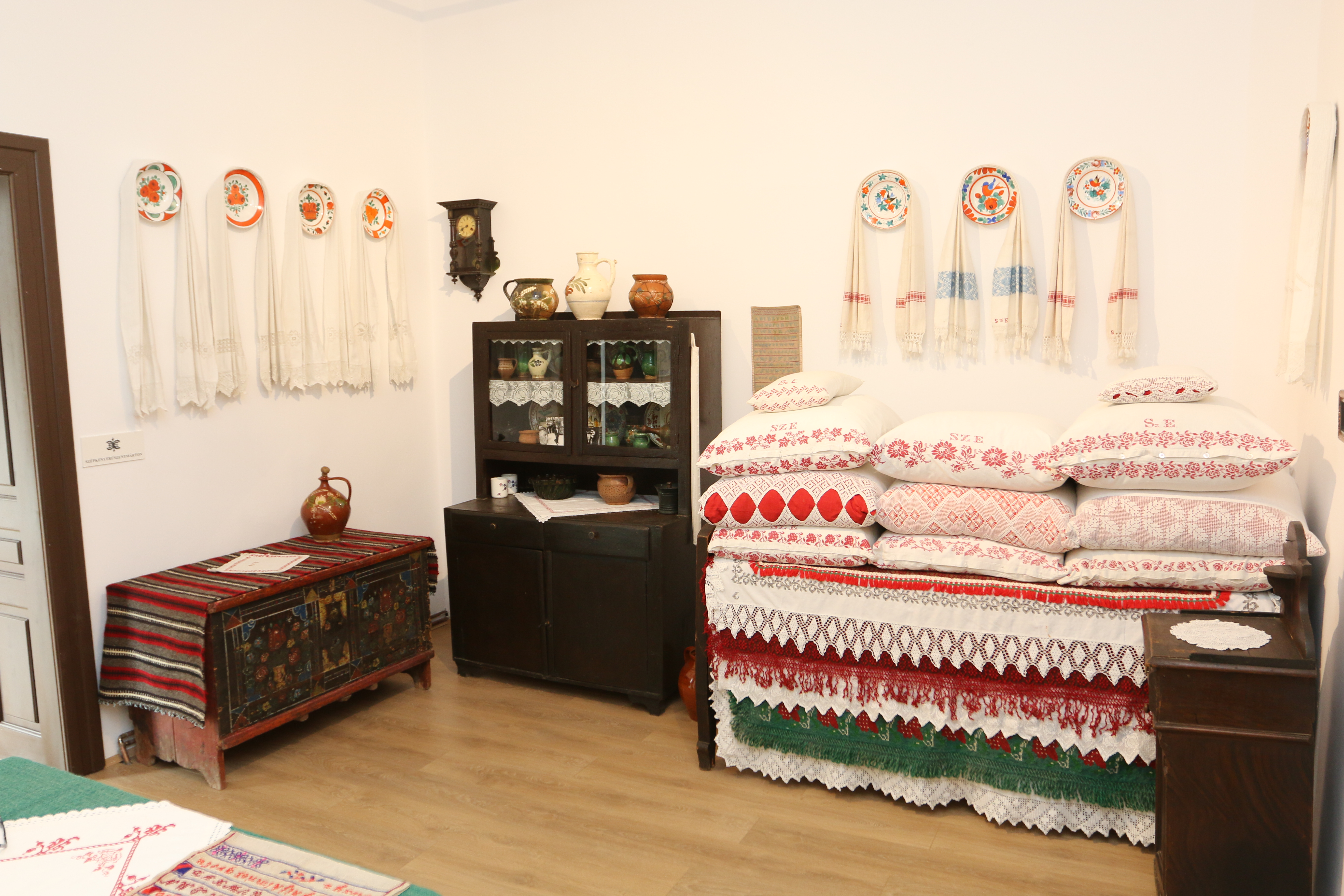 The main actor in this event is Ildikó Kiss a retired teacher, who comes from Sânmărtin, Cluj county. She used to be a primary-school teacher in the villages of the Transylvanian Plain, and this is how she met Zoltán Kallós and later – as diaspora education is also provided –, she became a frequent guest at the Foundation as well. She proved to be a skilled and active person who had a fondness for singing and dancing and shared an interest in the same activities as those promoted by the Zoltán Kallós Foundation. Kiss sympathised with the Foundation and often visited the collection as well. In the summer of 2016 she brought up the idea of the donation. Her daughter lives in Toronto, Canada, so she spent most of her time there and in summer returned to her family home in Sânmărtin. She spent her time gardening but as time passed she found it more and more difficult to do this work around the house, so and she decided to settle down in Canada for good. For this reason she had to sell the house. Since she could not take her possessions with her and refused to let them go to waste, she entrusted to the Foundation the first room in the house, traditionally called in the peasant culture the “clean room” – the room that nobody uses, but that preserves the most precious belongings of the family.  After inspecting the house and documenting it with photos, the Foundation staff expressed their desire to include her assets in the collection. They disinfected the objects and the donation became part of the collection.

The ”clean room” kept its original state, preserving all that is representative for the period of the 1960s. This room contained the more important inherited objects holding both material and emotional value. The age of the items varies: some of them date back to the nineteenth century. At the same time there is a wide range of objects, each having its own story attached to it. The majority of the textiles were manufactured by the donor’s mother; these have visible dates on them, spanning from 1920 to 1935. However, there are also textiles woven by the maker of the donation herself. There are pieces of furniture that were produced by her father, and some were made as part of her dowry. The nightstand received as a gift from the manor – an item not typically found in a peasant clean room – counts as a curiosity. An ornate bed does not usually require a nightstand. It turned out that the family received a bed and a nightstand from the landlord in exchange for their work. As they were valuable, attractive,and representative, they found a place in the clean room, too. Beside the different wall-hangings, decorative wall plates, and pear-shaped jugs, mention must be made of the photos, which cover a large time span as well. There are drawings showing the great-grandparents as well as plenty of photos alluding to the donor’s childhood, all linked to the clean room. A great part of these became the property of the foundation as well. The museum personnel gathered and duly registered all materials pertaining to the history of the objects displayed in the clean room from Sânmărtin. By creating the exhibition room known as the “clean room” from Sânmărtin, housed in the extended museum building inaugurated in June, 2017, the Zoltán Kallós Ethnographic Collection has fulfilled the donor’s wish and enabled authentic display.