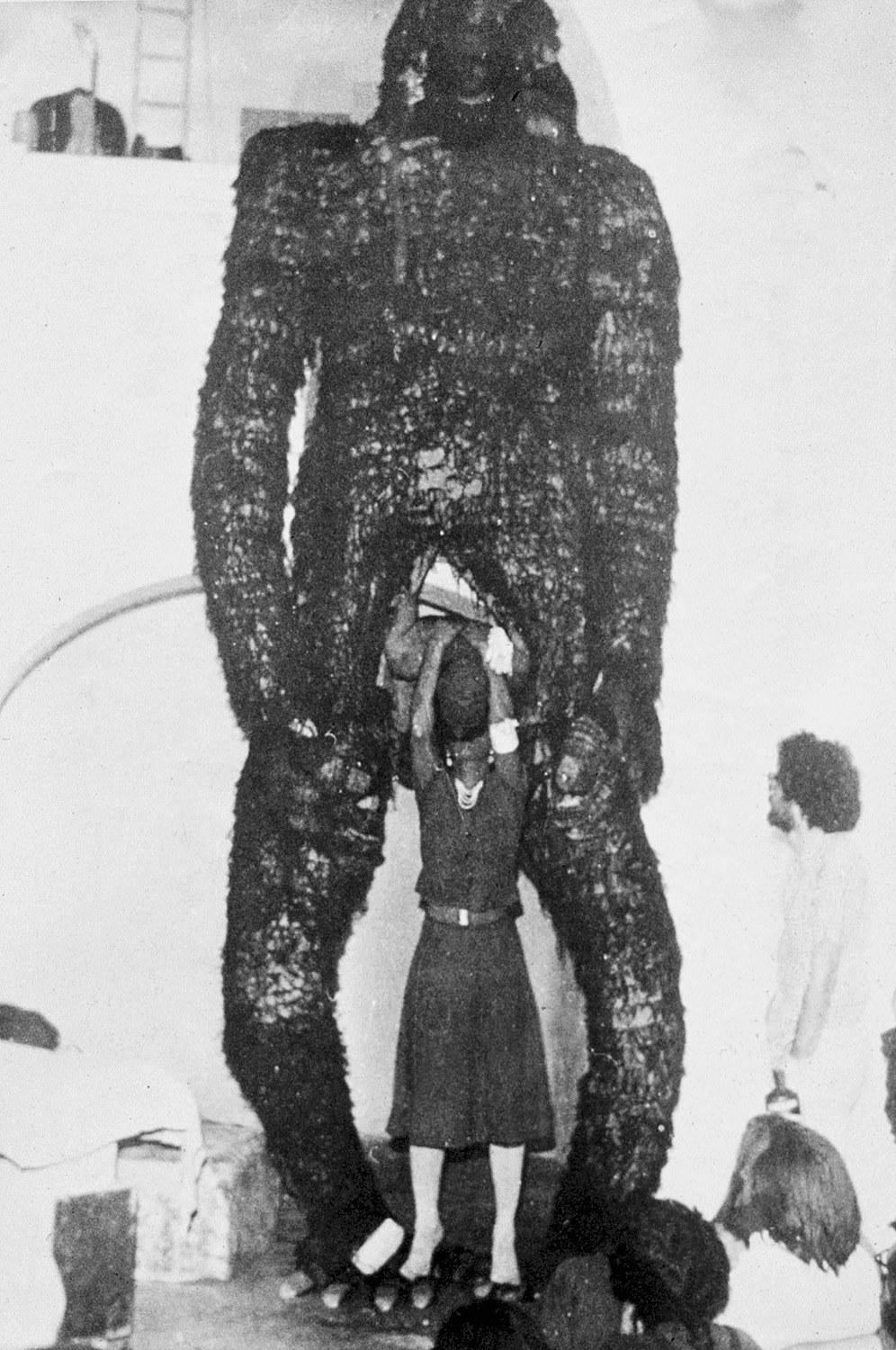 The members of the alternative theater of Péter Halász and Anna Koós visited Balatonboglár for one week in 1973. Their experimental theater pieces King Kong and Play with Birds were both performed in several versions while they were there.

King Kong was a three-day-long play characterized by ritual scenes and elements. The central “character” of the play was King Kong, an enormous hairy monkey as tall as the height of the chapel inside. He welcomed visitors as they arrived. The hidden references to the oppressive regime were encoded in both fabled elements and erotic symbols. Through the transformation of a character (from a man into a woman), the play intended to illustrate the possibility of defeating power. However, after occupying the position of the enemy, the whole procedure restarts from the beginning. Questioning the boundaries of social and personal morality, the theater piece reflected on the oppressive strategies used by organs and institutions of power. It was later performed at the Dohány Street apartment theater.