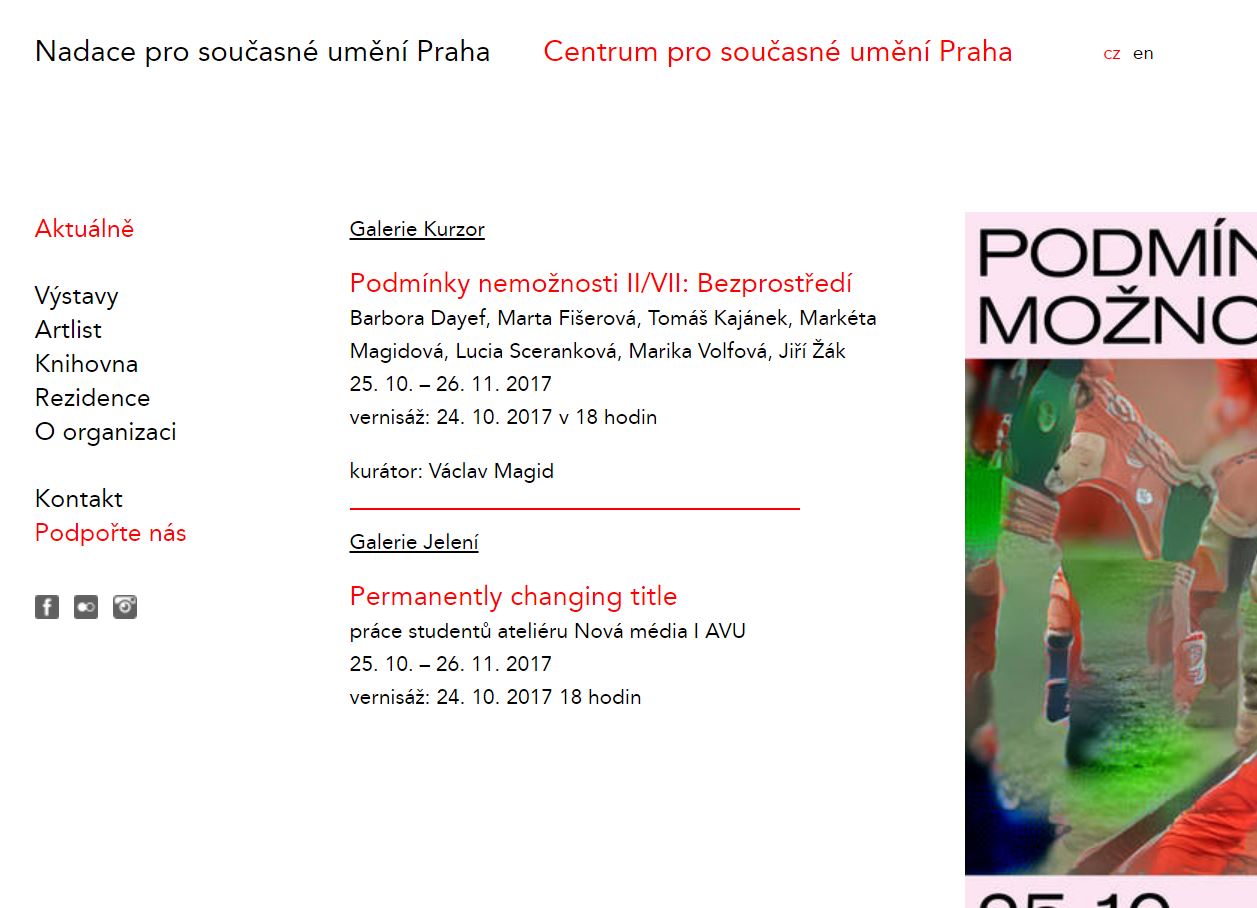 The Center for Contemporary Art was created by transformation from the original Soros Center for Contemporary Art Prague (SCSU Prague), which was founded in 1992. The Center was founded by the Foundation for Contemporary Art. During the ten years it was financially supported by George Soros, the Center created a large library of five exhibitions (three of which feature the Center on their site as pilot in their fields, namely the Orbis fictus (1996) - the first Czech exhibition (1997/8) and New Engagement (2002). Since 1997 the Center has organized 160 exhibitions of work by young artists, mainly in the Regional Hall and Galerie Jelení Gallery, and the Center also tries to provide foreign visits for artists. In 1994 it was one of the founding members of the Res Artis Residential Resident Center. As part of the ArtsLink project, Czech artists and curators were sent to internships to the United States. So far, the Center has awarded scholarships to about two hundred foreign artists in the Czech Republic. Since 1995 it has been able to send dozens of Czech artists abroad, mostly due to the Financial Trust for Mutual Understanding.

In 1997, the Center opened three studios on Jelení Street in Prague and from 1998 to 2002 rented Čimelice Chateau for exhibition purposes.