Letter of invitation from the French Foreign Ministry to Sanda Stolojan, in French, Paris, 9 May 1968 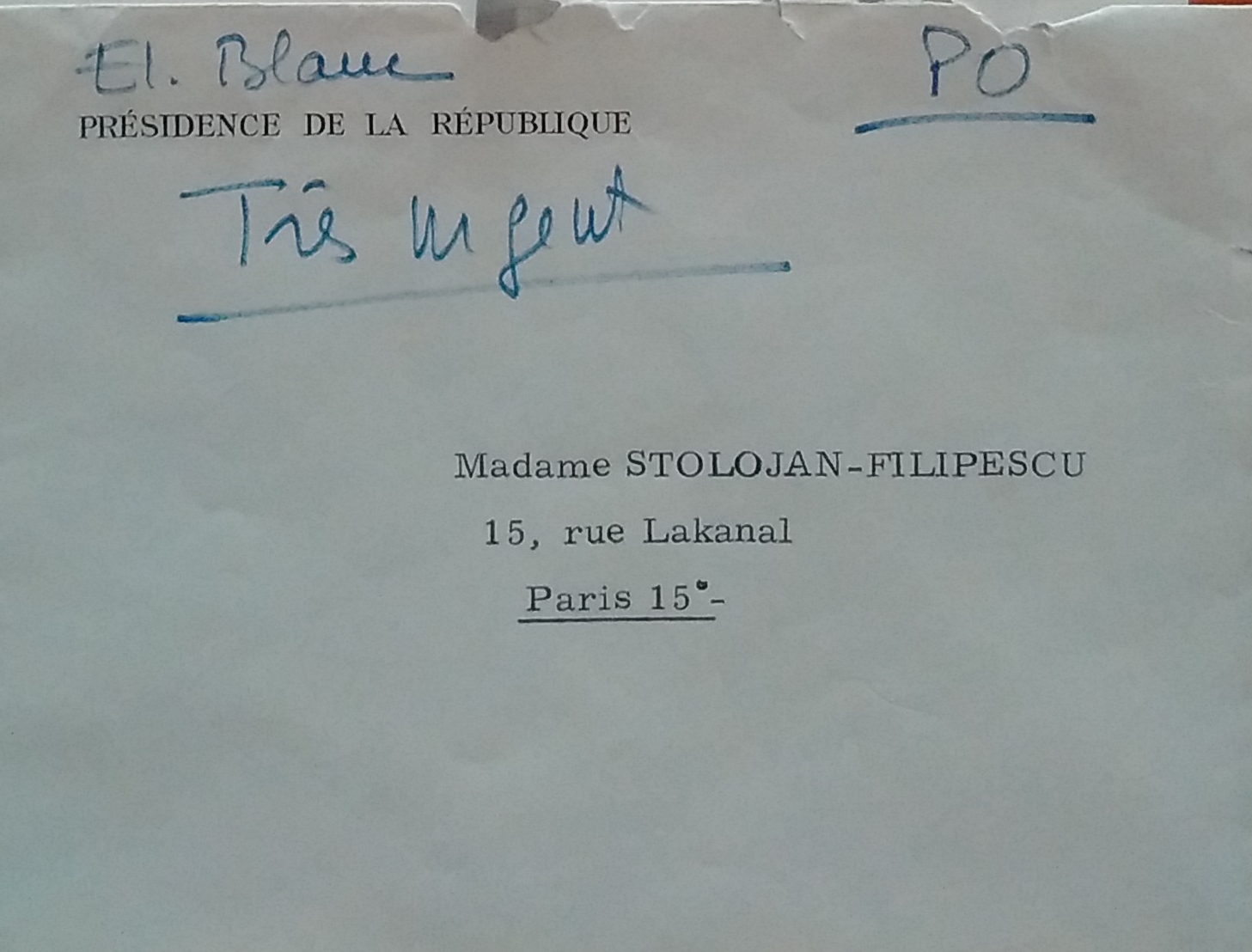 This document is important for the understanding and writing the history of Romanian–French bilateral relations in 1968. It also contributes to outlining a profile of the Romanian exiles and to understanding their activity. At the same time, the material bears witness to the way in which the exile community gathered information about the situation in communist Romania, which was used by Romanians abroad to unmask in the West the Communist regime in their country of origin. An information tool used by Romanian exiles to find out what was happening politically, culturally, socially, and economically in Romania was their involvement in some of the official foreign delegations that came on missions to the country. One such moment was the official visit to Romania of President Charles de Gaulle of France in 1968. Among the members of the delegation was Sanda Stolojan, a Romanian personality in exile, who was an official interpreter of Romanian. Following the decision of the French authorities to include Sanda Stolojan in the delegation, she and the cabinet of the French foreign minister engaged in correspondence in order to hold some meetings and for her to be issued with her travel documents. An invitation was sent to Sanda Stolojan by the foreign minister’s cabinet on the Quai d'Orsay on 9 May 1968. On that occasion, she was informed that the French authorities had decided to issue a temporary passport valid only during the official visit, for the release of which she was requested to attend the minister’s cabinet for a photograph to be taken. The original of this invitation, in French, together with the envelope sent to her address in Paris, was kept by Sanda Stolojan in her archive, and can be consulted in her collection at IICCMER. As an official Romanian interpreter to a French delegation, Sanda Stolojan had the opportunity to see Romania before the collapse of the communist regime. This status helped her to outline a profile of the Ceaușescu couple and other Romanian politicians and to elaborate a series of important analyses and comments on the situation in the country, which she published in the exile press or in foreign publications, and which she talked about on Radio Free Europe and during meetings and correspondence with Romanians from abroad and with Western political decision-makers.