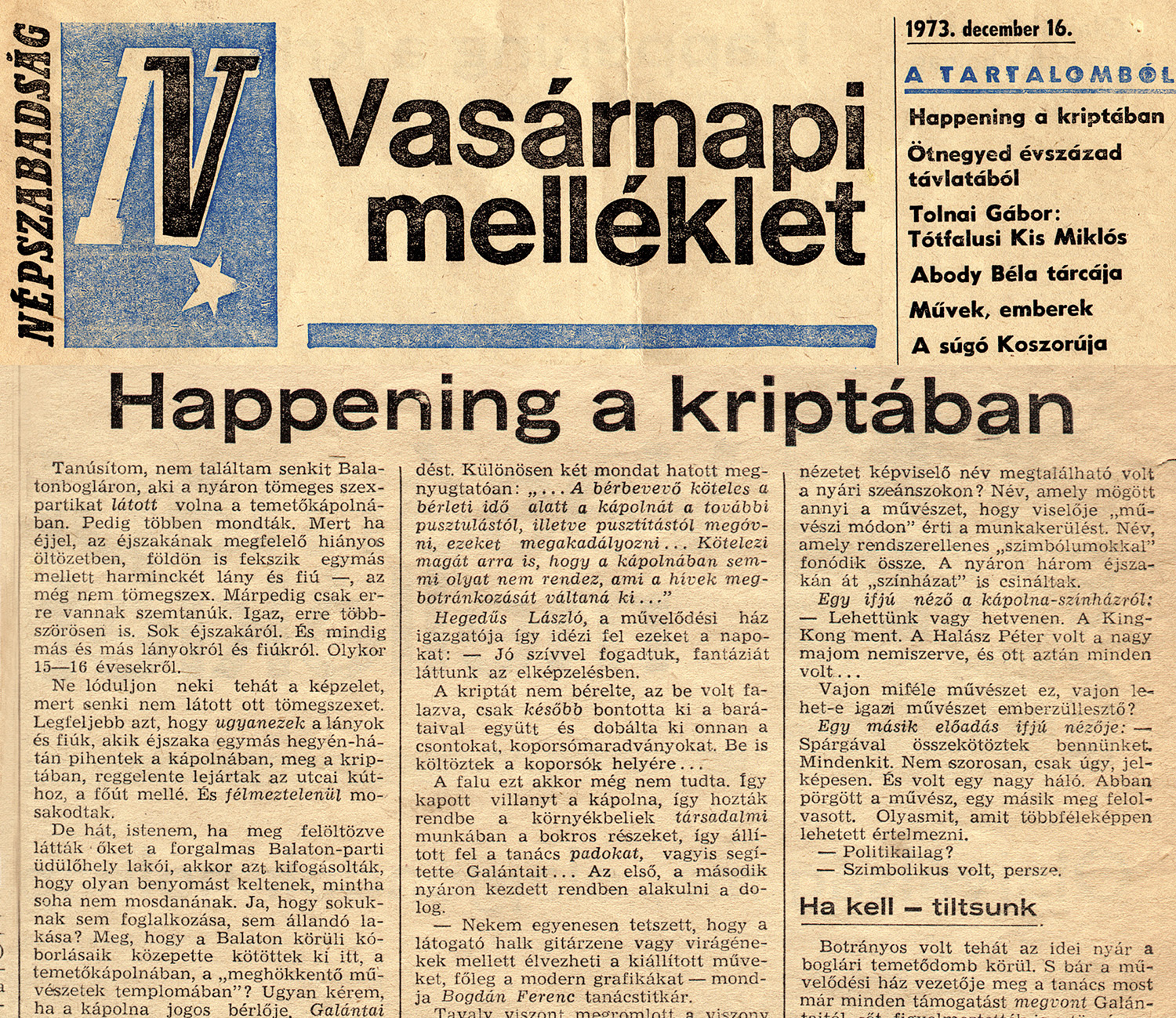 Publication of the article “Happening in the Crypt” by László Szabó, Népszabadság, December 16, 1973.

On December 16, 1973, a full-page article entitled “Happening in the Crypt” was published in the Sunday supplement to the most important daily, the communist Népszabadság [People’s Liberty], discrediting and vilifying György Galántai and the Chapel Studio. The article had been commissioned by the party headquarters and György Aczél. It was written by the editor-in-chief of the criminal column, a man named László Szabó, the country’s “chief police officer” at the time. On the days following the publication of the article, the chief editor of Népszabadság received several letters of protest (e.g. from Tamás Szende, Júlia Vajda, István Eörsi, etc.). These letters were never published or answered. As a consequence of the article with names listed as participants of the Chapel Studio, several artists had to leave the country as emigrants in the following years (György Pór, Péter Halász, Tamás Szentjóby, etc.). Other artists were banned and put on a list, in particular, the initiator, György Galántai.