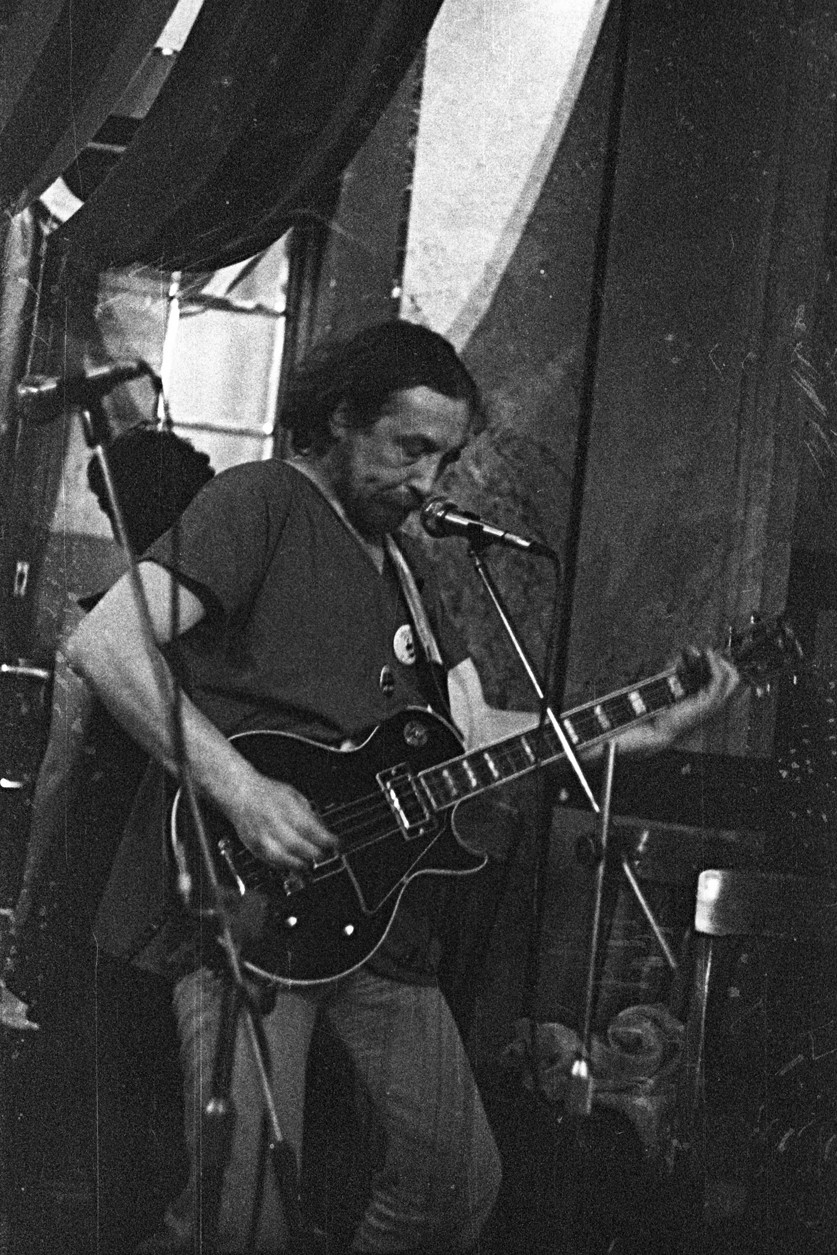 In March 1983, an article named “New Wave with Old Content” was published in Tribuna, an official weekly newspaper of the Central Committee of the Communist Party of Czechoslovakia. The article was signed by the fake name Jan Krýzl. The text was stylized in an escalated rhetoric remanding of 1950s Stalinism and its “author” denouncing the than new and favourite, among the young generation  genres punk and new wave (“Primitive lyrics with primitive music, terrible clothes, provoking behaviour, vulgar gestures, rejection of everything normal, green-dyed hair…”). There were several concrete popular bands mentioned (inclucing the most well-known ones, for example, Pražský výběr) but the campaign, starting with this article, mostly affected half-official, amateur music bands. Their founding contracts (official auspices allowing both their legal and actual existence) were recalled, their concerts were not allowed, there were several interventions by the State Security. A 25th anniversary exhibition commemorated all circumstances of the campaign against rock music; the campaign was, for Czechoslovakia in the 1980s, unprecedented both by its range and its radicality. There was some lesser known information about the official organisation of the campaign mentioned in the exhibition, the defensive methods of musicians were described (for example, changing the name of a band), the exhibition commemorated production of the band (for example several new wave lyrics ironizing the state), thematic documentaries were screened. The music band “Jasná páka” was playing on a vernissage of the exhibition; it was one of the most popular bands of the Prague club scene in the 1980s and one of the bands whose names were specifically stated in the article and later banned.