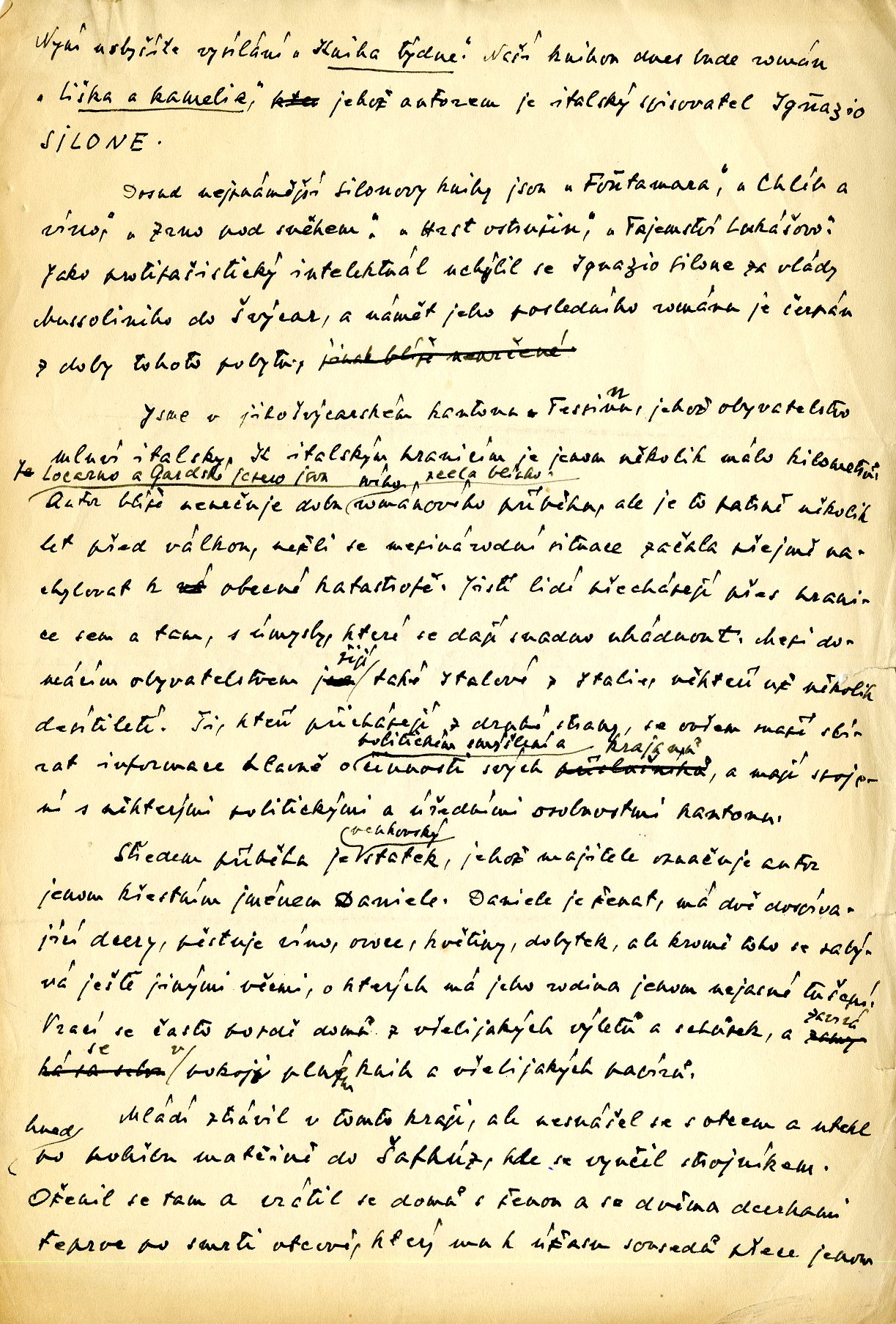 In the Manuscript of Jan Čep, a book of the week for the radio broadcast of Radio Free Europe was prepared. In this paper, he introduced the novel ‘Fox and Camelia’ by Italian writer Ignazio Silone, to the audience behind the Iron Curtain. The novel is based on the contrasts of political ideology and human honesty, against the privacy of man to the indiscriminate means of political struggle. It condemns the conviction of certain methods of political struggle and violence. The presentation of this book was probably broadcasted on July 1st, 1960.

Jan Čep had been contributing with the Book of the Week for almost fifteen years, from the start of the broadcast in 1951 until 1965. He was a member of Radio Free Europe with authors who have not been allowed to publish in the Communist countries. Jan Čep selected for this program mainly Catholic-oriented writers and new French and Anglo-American literature. Čep's work could not be published for almost forty years in Czechoslovakia. Until 1989, his work done under exile was also made available to Czech readers. His texts from the Book of the Week program in 2015 thanks to Petr Komenda and Jan Zatloukal, who worked on the materials from the archives of the Institute of Slavonic Studies in Paris, where Jan Čep lived in exile, was made available too. The machine-readable text of this program is located in this Parisian archive.