Conclusion from the unpublished (in the DDR) manuscript for 'Franziska Linkerhand' 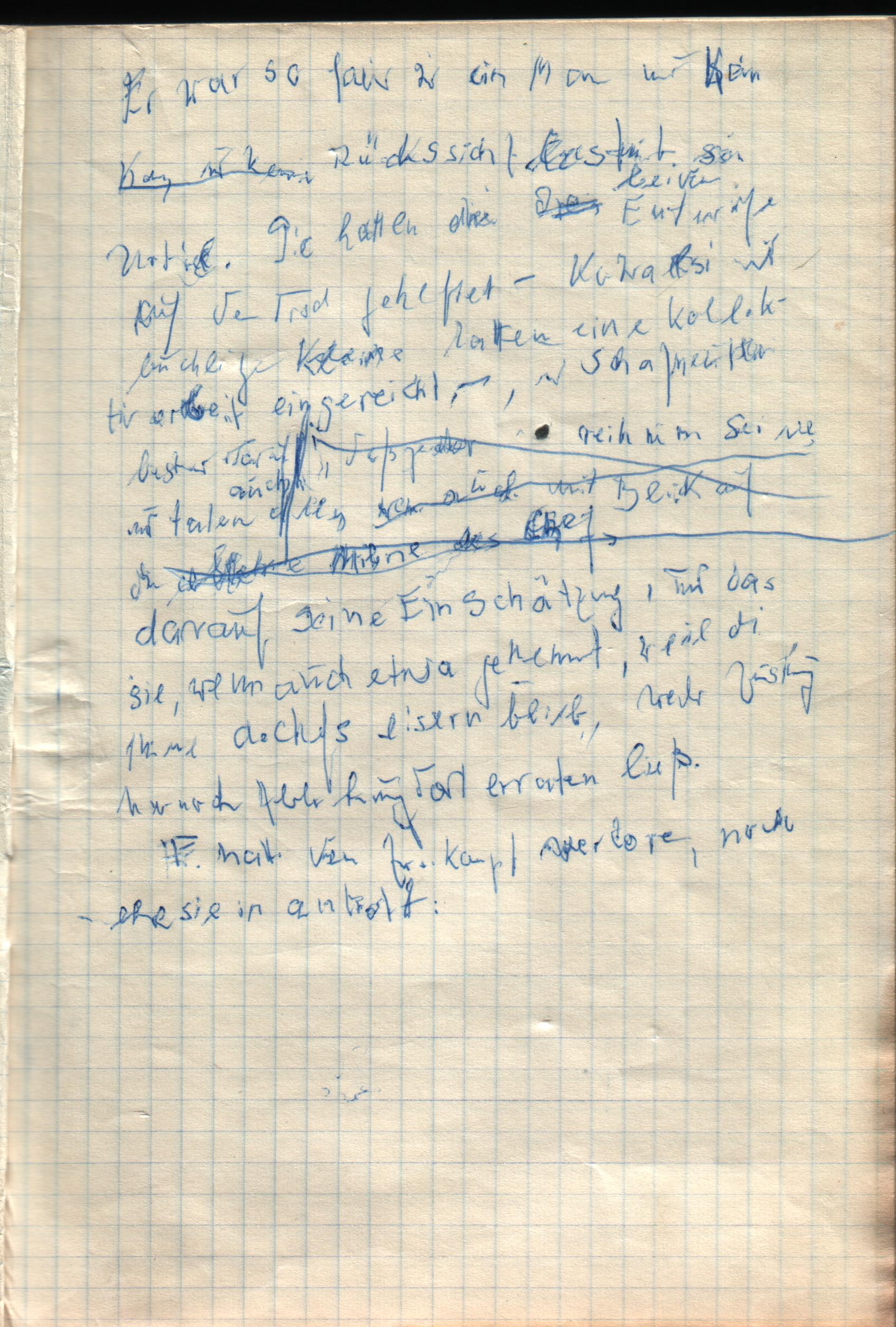 Brigitte Reimann was unable to complete what is regarded as perhaps her most important work, the novel "Franziska Linkerhand“ which details the failure of a jaded, young female architect to embrace socialism. She worked on the novel from 1963 until her death 10 years later in 1973. In 1974 the fragments were published by the Berlin-based New Life publishing house and translated quickly into multiple Eastern European languages. Additionally, the work was licensed for publication in West Germany and adapted for the stage and television. The final page of the original manuscript remained unreleased until the unabridged new edition was published in 1998.

(…) Consideration (…) his judgement. They bound the two drafts on the table – Kowalski and his humpbacked little pal had submitted a collective work -, and Schafheutlin insisted (…) his estimation, that they, although somewhat hampered, since the voice of the boss remained unwavering, revealed no inkling as to whether he approved or rejected the work.

Fr. had lost the duel, before she even entered the competition.