Petition of the 55 cultural personalities and scientists 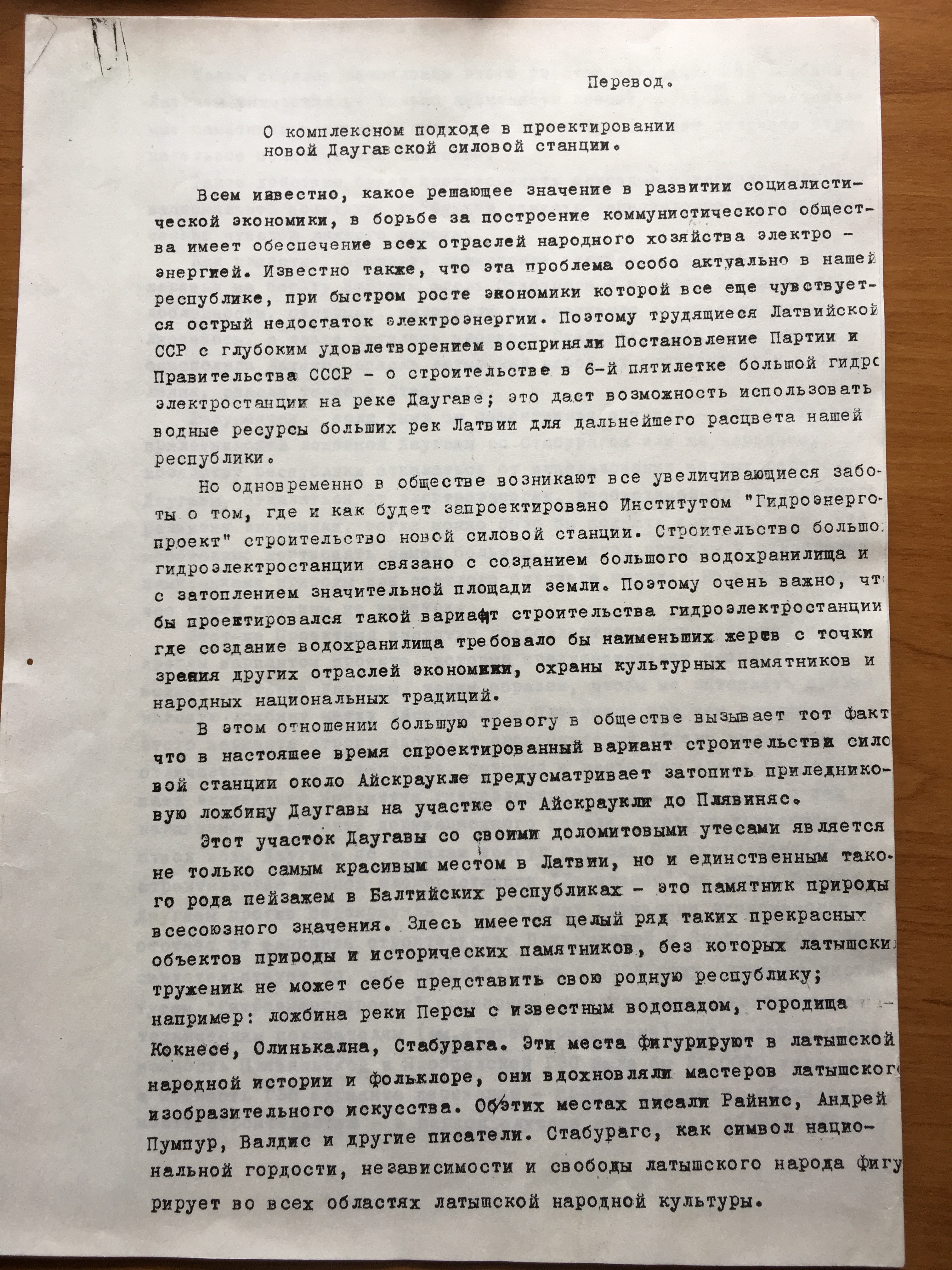 A typewritten copy of the Russian translation of the petition signed by 55 well-known public figures, scientists and cultural activists was submitted to the Council of Ministers on 14 March 1958. The original of the petition was in Latvian, and is now in the files of the Latvian SSR Council of Ministers in the State Archive of Latvia. The petition had three supplements, about the valley of the River Daugava, the natural and cultural features that would be lost by flooding it, and alternative options to the construction plans.