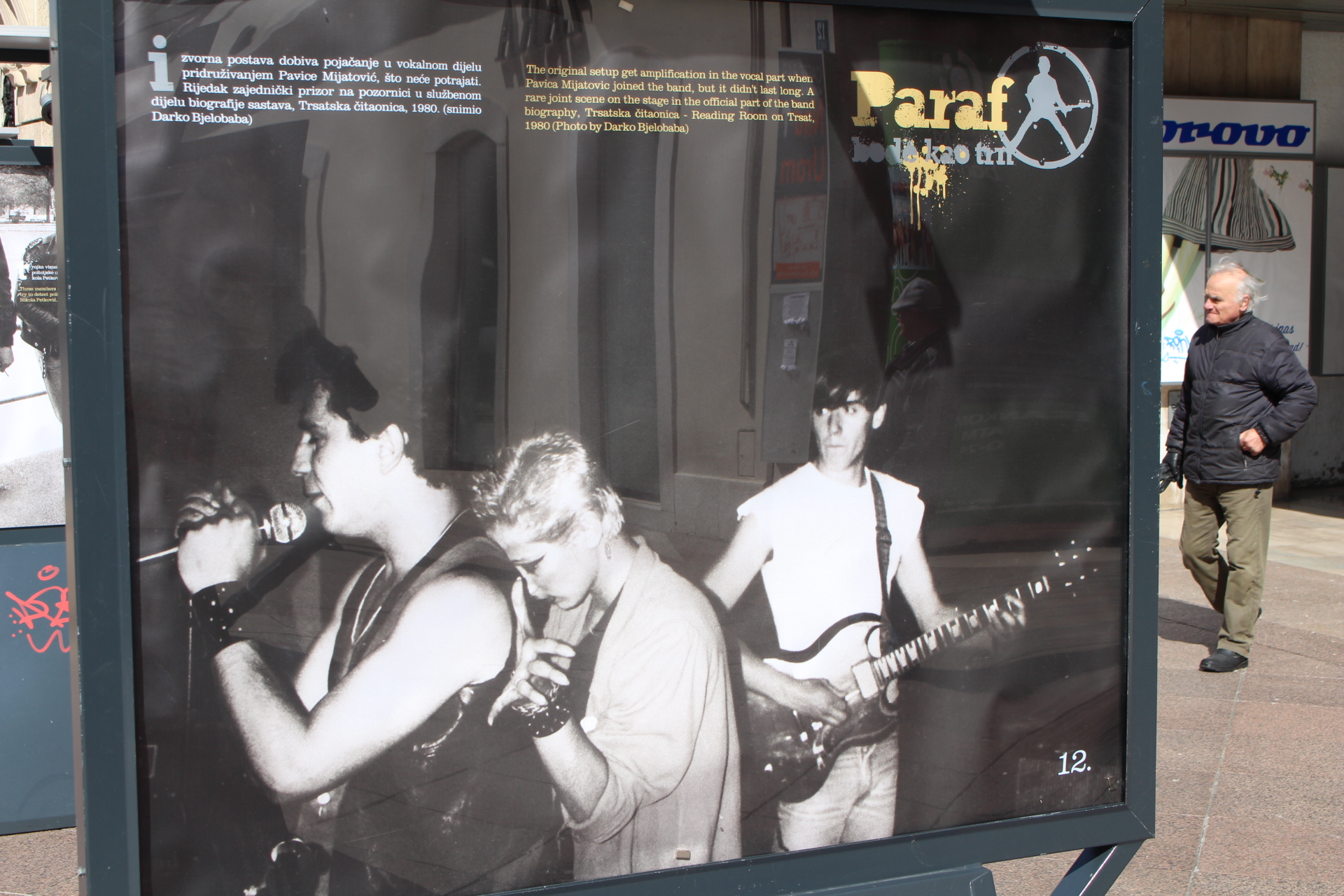 In March 2018, at the initiative of Velid Đekić, the exhibition "Paraf - bode trn" was organized for the fortieth anniversary of the first official concert of the Rijeka punk band Paraf. During his work as a journalist and cultural affairs writer, Đekić collected numerous photographs, cover sheets and other documents about Paraf. With the help of designer Mladen Stipanović and with the financial support from the Rijeka City Cultural Department, Đekić set up twenty large bilingual display boards with photographs that represent the development of the punk band of Paraf. Although an exhibition catalogue was not compiled, the exhibition was well covered by the media.

Punk band Paraf, whose first line-up was consisted of Valter Kocijančić, Zdravko Čabrijan and Dusan Ladavac, held his first performance in the premises of the Circolo Italian Cultural Club on 22 March 1978. This event is considered one of the breakthrough moments for rock in Rijeka and Yugoslavia. Along with Slovenian band Pankrti, Paraf is considered to be one of the first punk bands in the European socialist countries.