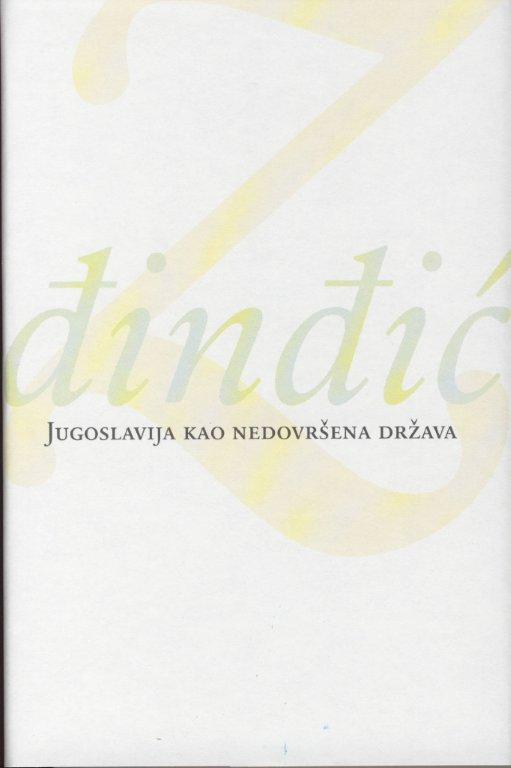 The most important among the books of Đinđić’s collection is his analysis of the political and constitutional system of Yugoslavia and its key shortcomings in “Yugoslavia as an Incomplete State”. The book was published in 1988 out of a series of essays Đinđić had published in “Literary News” [Književne novine] between 1986 and 1988. Using theoretical analysis, Đinđić criticized the ruling ideological paradigm of the time and “affirmed for the first time, on a theoretically relevant basis, liberal thought on the level of the individual, society and politics.” (N. Dmitrijević, Kontinuitet nedovršene državnosti (Foreword) in: Đinđić, 1998, IX).

Đinđić wrote on Yugoslavia: “Not even the more sober-minded observers will be able to escape the impression that the most fundamental matters are, indeed, contested here. The impression that Yugoslavia is, as a matter of fact, an unfinished state. So to say, it is an open option, which withstands any final definition... In the vacuum spreading with the communist term (or, more precisely, non-term) of statehood, a variety of herbs grew, which turned the lack of premises for life in its own premise for life.“ Đinđić also analysed key problems in Yugoslavia, anticipating its dissolution, the victory of nationalism, and warned about the far-reaching consequences. This book is considered among the most important works in political theory during the 1980s in Serbia.