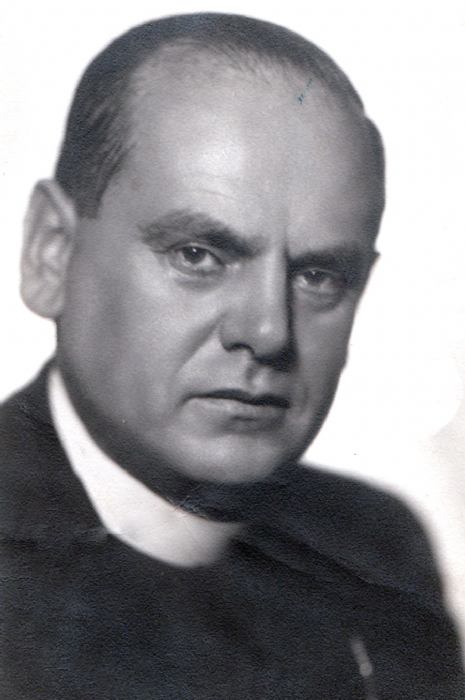 Msgr. Augustin Juretić was born in Martinovo Selo, today’s Municipality of Jelenje, in 1890. He earned a degree in theology and philosophy in Senj in 1914 and was ordained a priest in the Senj-Modruš Diocese in the same year. He received a Ph.D. in theological sciences from the Augustineum in Vienna and earned a degree in sociology in Leuven, Belgium. After returning to Zagreb, he served as secretary of the Croatian Catholic National Alliance, secretary of the Professional Workers Union, and secretary of the Croatian Catholic Seniority. He worked as a professor at the Catholic Faculty of Theology in Zagreb and as a vicar in the Slunj Deaconate. Pope Pius XI appointed him his secret chamberlain and granted him the title of monsignor in 1930.

In his younger days, he was close to the Croatian Popular Party (HPS), but he later became a sympathizer of the Croatian Peasant Party (HSS). He went to Belgrade in 1928, where he became chief of staff of the minister of social policy (who was a member of the HPS) and head of the Catholic Religious Schools Office at the Ministry of Education of the Kingdom of Serbs, Croats and Slovenes. He performed numerous functions in Belgrade and he was appointed an advisor to the Belgrade Diocese in 1930. In 1939, he returned to Zagreb, where he was appointed the honorary canon of the Senj Cathedral Chapter and the honorary assessor of the Chancery of the Zagreb Archdiocese. In the same year, on the occasion of the twenty-fifth anniversary of his service, Prince Paul (Pavle Karađorđević), awarded him a fifth degree medal – the White Eagle.

After the establishment of the Independent State of Croatia (NDH), Juretić remained engaged in several fields, and among other things he participated in caring for numerous refugee children from the war-torn Kozara area in Bosnia- Herzegovina. At the advice of his friend, Zagreb Archbishop Alojzije Stepinac, and Vladko Maček, he left Zagreb in 1942 to establish a liaison with the Yugoslav government and politicians from the Croatian Peasant Party (HSS) in London. He first went to Rome and soon after to Switzerland. He continued doing charitable work and acted as the representative of the NDH Red Cross at the International Committee of the Red Cross in Switzerland.

Monsignor Augustin Juretić was a man of many interests (a priest, politician, journalist and charity worker) who, during his life, engaged in various fields and left his biggest mark in journalism and writing. After emigrating in 1942, he launched the magazine Hrvatski dom in Switzerland in 1947. The magazine adhered to the ideology of the Croatian Peasant Party and had a Catholic orientation. In the twelve years that he spent abroad, Juretić had contacted not only Croatian émigrés, but also foreign clergymen, journalists, diplomats and politicians. He brought news from Yugoslavia, thus underscoring the nature of the communist regime in Yugoslavia and, most importantly to him, the systematic terror against the Croatian people and the Catholic Church. Besides Hrvatski dom, he was also active in other expatriate magazines: Naša nada (Our Hope), Hrvatski katolički pučki kalendar Srca Isusova i Marijina (Croatian Catholic Folk Calendar of the Sacred Heart of Jesus and Mary), and Hrvatski glas (Croatian Voice). His writing reflected an enormous commitment to Croatian liberation from communist rule and the collapse of the communist system in Yugoslavia, and ultimately the establishment of an independent state of Croatia.