The Stages of the Evolution of Art, graphic, 1972 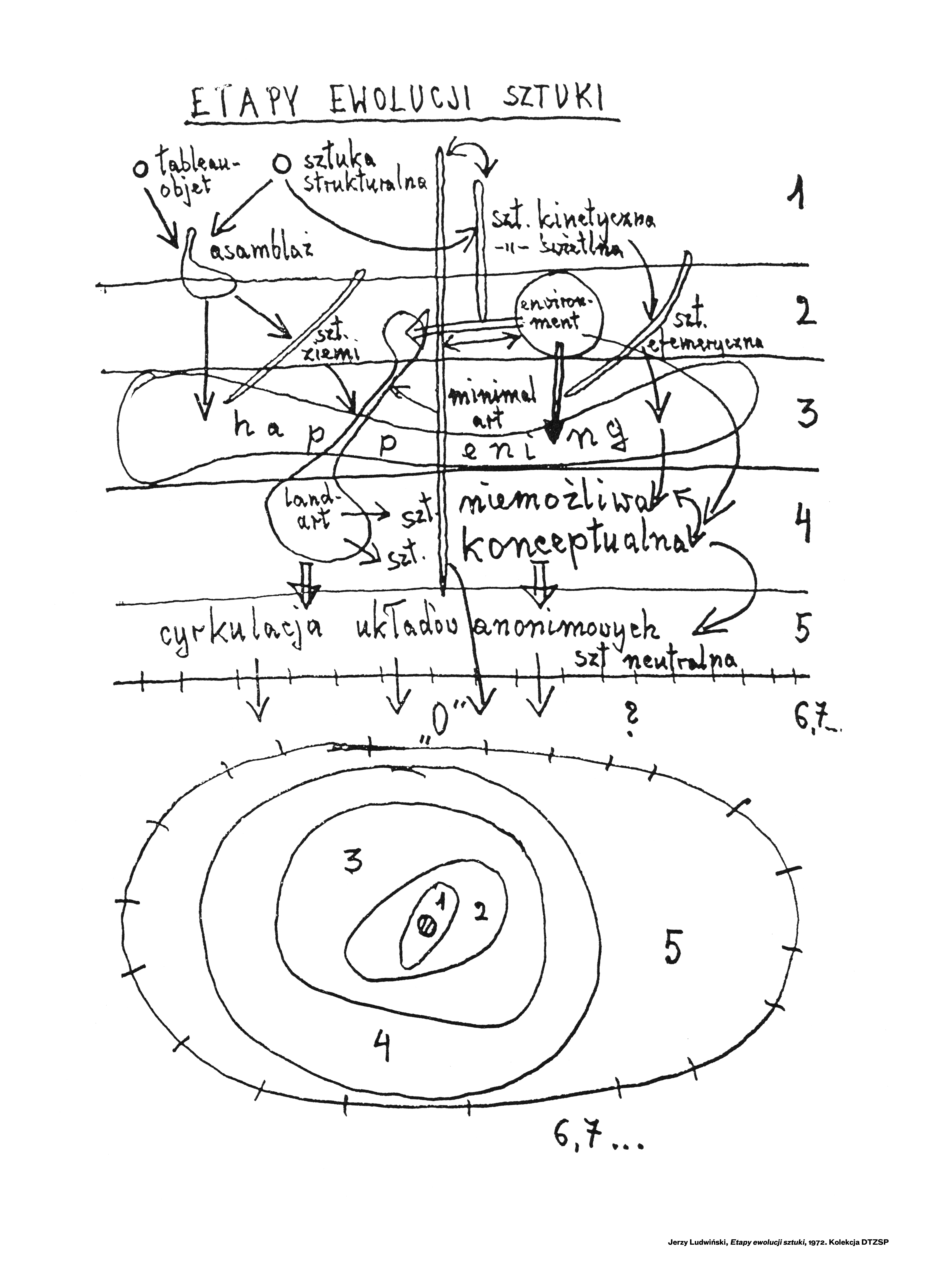 A diagram The Stages of the Evolution of Art from 1972 is a graphic extension of the idea which Ludwiński presented two years earlier in the text Art in the Post-art Epoch. Ludwiński often used images and diagrams to better explain his thoughts on history and future of art. As a man of a spoken word, he rarely wrote and rather talked, discussed, and argued in an oral way, helping himself with some notes and sketches. On the other hand, Ludwiński’s drawings are a testimony for his visual imagination. In this case, the evolution of art is presented through overlapping of next rings, analogically to the rings visible in the tree’s section.

The Stages of the Evolution of Art in a suggestive way show the dependencies and development directions between the main genres in the modern art, as well as design its forthcoming tendencies, through the conceptual and impossible art (thus the streams developed at the turn of the 1960s and the 1970s, all to the phase 0, when art is supposed to disappear in the reality of science, technology, and social life, acting through empathy and over-intellectual understanding).

Diagram is a repository of Zacheta Lower Silesian Fine Arts Association in the Modern Museum Wroclaw and it is presented on the exhibition in two languages: the original (Polish) and in English translation.