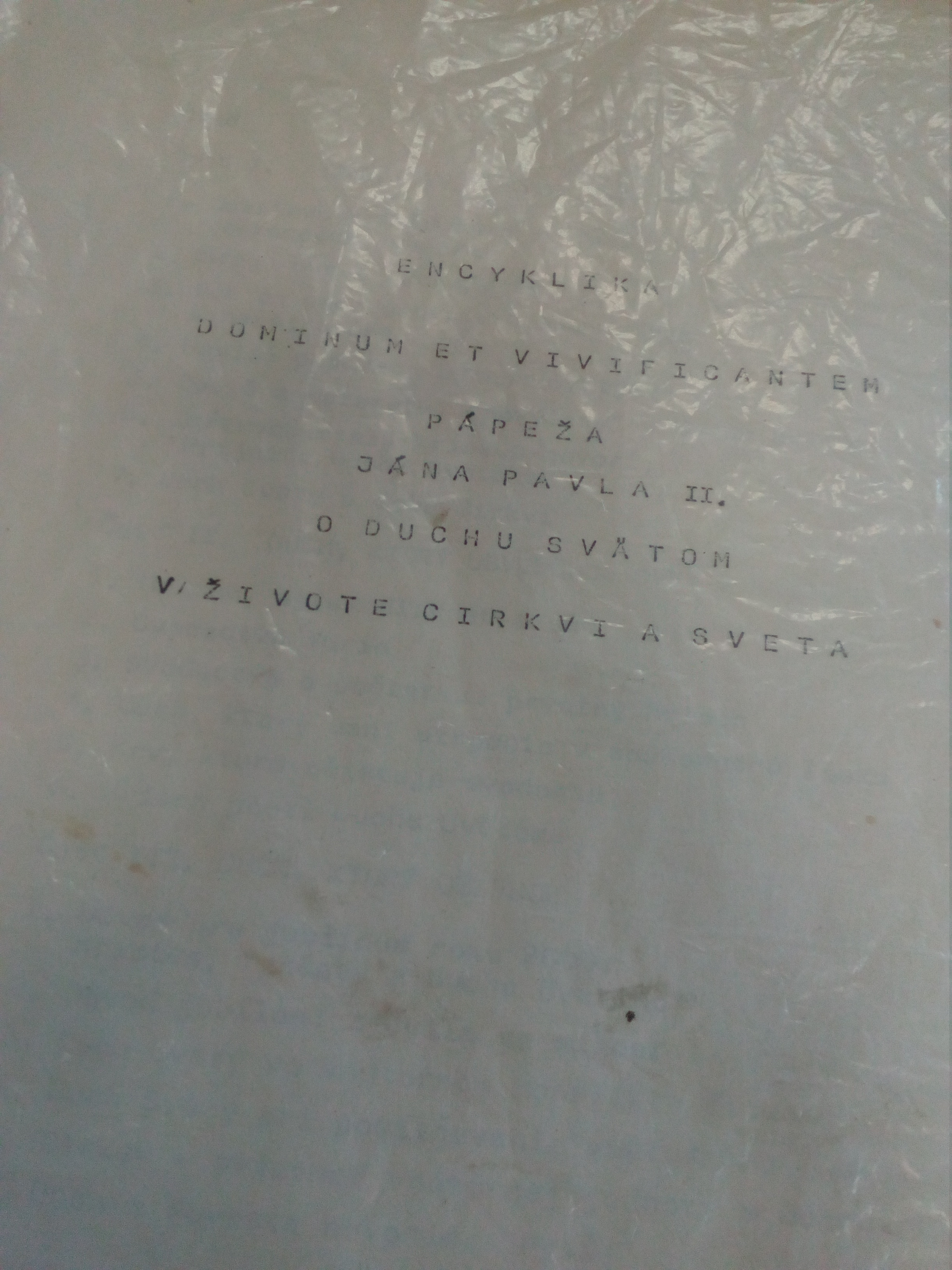 The collection contains many transcripts of the broadcasts of Vatican Radio dating from the 1970s and 1980s. To produce and keep such a document imposed great risks on people involved, especially those printing transcripts on cyclostyle, which needed certain weather conditions (above 20 degrees Celsius). Some of the samizdats are therefore covered in plastic sheets. This particular transcript is a transcript from John Paul II. encyclical Dominum et vivificantem, most probably translated and distributed by Ivan Polanský, a disident, Christian activist and, after 1989, a politican, by his secret press close to Trenčín.