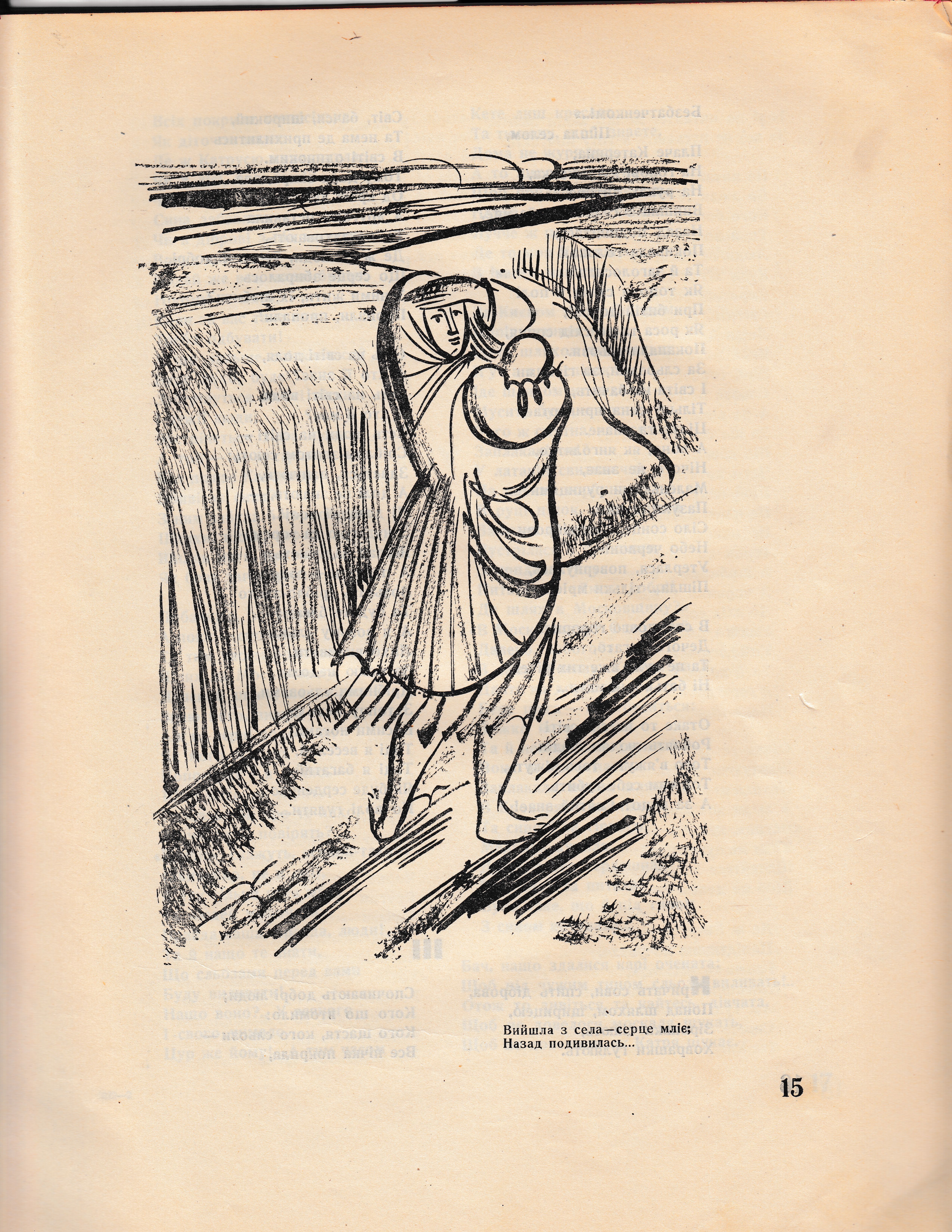 This second edition of Taras Shevchenko’s Kobzar was published in Kharkiv in 1933, as famine raged in the Ukrainian countryside following rapid collectivization of agriculture. Vasyl Sedliar provided images for the volume (first published in 1931). His paintings appear to be autonomous representations of the enduring leit motif of Shevchenko’s poetry—the subjugation and suffering of universal man and the plight of Ukrainians, specifically, in the Russian Empire—paired with powerful lines from Shevchenko’s poetry.

Art historian Myroslava Mudrak notes that the works are executed in the embattled Boichukist style, which borrow directly from Byzantine religious imagery—both icons and, most particularly, mural painting—and also incorporate contemporary secular subject matter that drills deeply into the psyche of a subjugated nation. Sedliar’s individual approach infuses these works with an ethereal quality. Figures are not grounded solidly, but tend to be suspended, like spirits.  Moreover, there is a preponderant anonymity, which appeals to the larger existential issues of the human condition under oppression. Sedliar was keenly aware of what was going on around him, but as an artist he expressed it transcendently. Both he and the editor of this volume were arrested and executed during the Stalinist purges of the 1930s, along with many of their colleagues who had helped create what became known as Soviet culture.