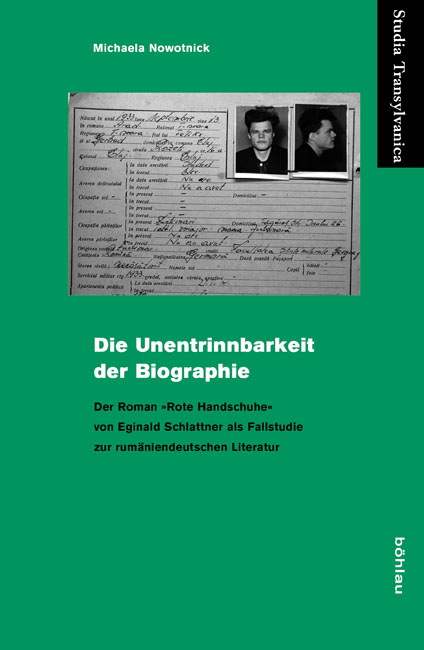 “Tagebuch” (Diary) is the manuscript of the daily notes, which Schlattner took in order to immortalise his thoughts, ideas, and comments regarding current events, as well as his reflexions on readings or discussions he had with fellow intellectuals. The diary covers the period between the late 1940s until the early 2000s. It was confiscated in 1957 and returned to its owner in 1959 after his release from prison. Together with his correspondence with other German writers, the diary was invoked as evidence for his political guilt during the Securitate interrogations of 1957–1959. The importance of this diary consists in those sections depicting the intellectual atmosphere of the alternative cultural milieus created by German literary circles during the 1950s. These alternative cultural milieus manifested a freedom of thinking that worried the repressive institutions of the communist regime in Romania in the aftermath of the 1956 Hungarian Revolution. The diary also presents the social and political conditions in which German writers worked under the communist regime in Romania.