I Could Live in Africa. Documentary short film 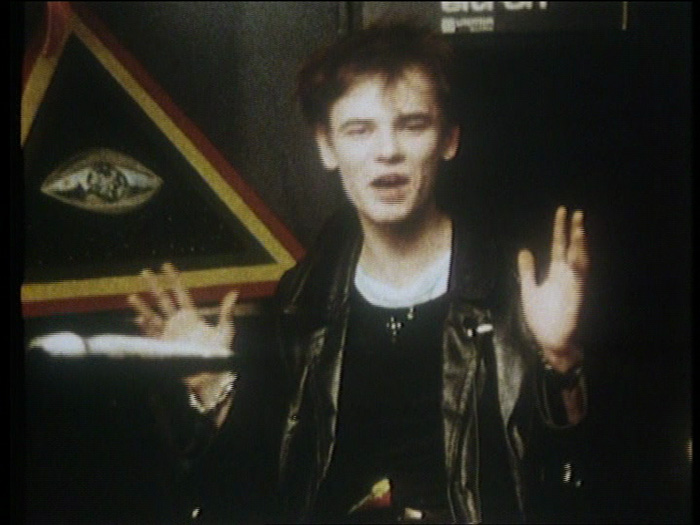 Dutch author of documentaries comes across the punk underground of communist Poland. He observes a group of teenagers who recently started a band playing a blend of punk and reggae music The band is called Izrael and it will leave its mark on the history of Polish alternative music. Among the young musicians there are Robert Brylewski and Paweł “Kelner” (Waiter) Rozwadowski. The camera follows them wandering across the streets of Warsaw shortly after the lifting of martial law. They visit the Różycki Bazaar in the Praga district, the Jewish Cemetery, and the Palace of Culture. The axis of the film is the interview recorded in a dark rehearsal studio, full of anarchistic slogans and absurd sense of humour. Young musicians use their broken English to talk about their lives, making music, and communist Poland. The film also features interludes containing fragments of one of Izrael’s first concerts.
The film made it to Filmoteka thanks to the research preceding the exhibition “Down with pimps of art!” dedicated to Polish punk, provocatively organised in the building of Warsaw stock exchange.